The event that brought Indigenous identity and fashion to the forefront of public recognition.

Indigenous Fashion Week Toronto (IFWTO) was a gathering like Toronto has never seen, as Indigenous designers from around the world showed Canada what they’re made of, and the incredible designs and unique artistic techniques that set them apart from all other fashion industry leaders. Designers from Canada, the U.S., and Greenland flooded the city for the inaugural five-day festival, which took place May 31st to June 2nd, for what founder Sage Paul is hoping will be a biennial event. 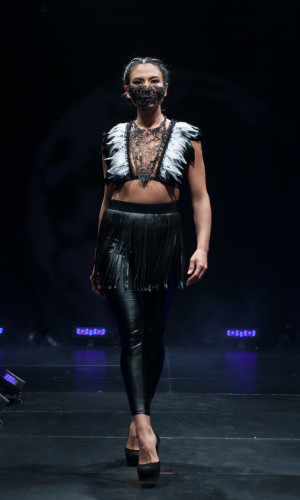 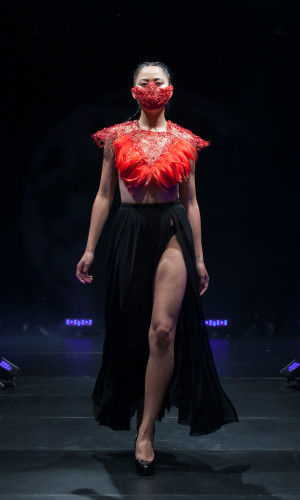 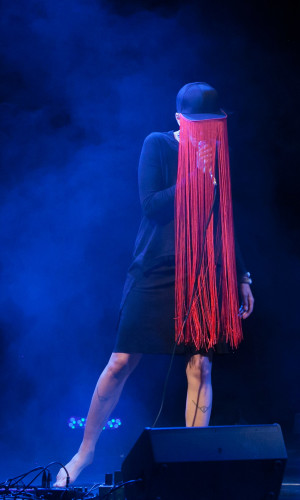 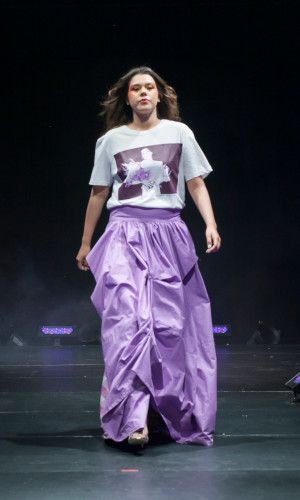 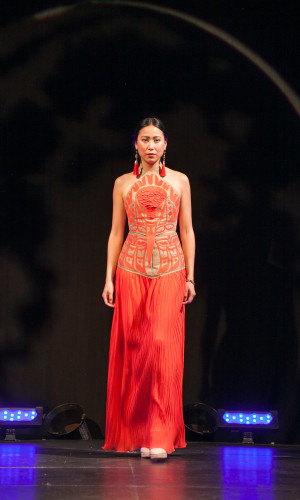 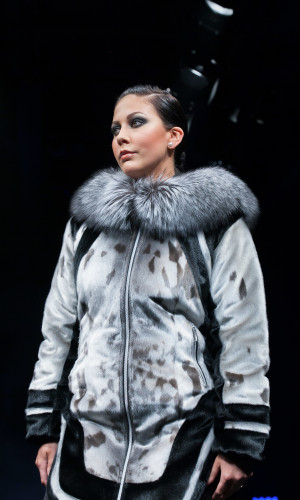 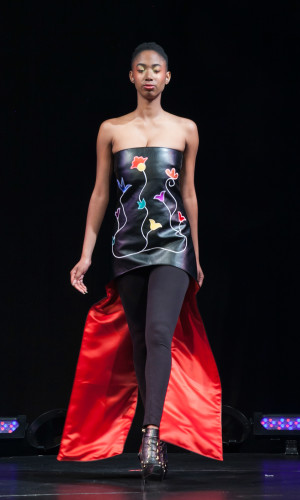 “We want to change the way Indigenous fashion is presented. We wanted to present it as art. We want to celebrate, reflect, and perpetuate our stories and who we are,” says Paul, a Dene artist, and a member of English River First Nation.

Fashion is often viewed as commercial enterprise, but events like IFWTO are bringing to light that fashion, especially Indigenous fashion, begins as art. IFWTO was more than just a show of haute couture artistic force. It was also a celebration and reflection of Indigenous storytelling, craft, and skill.

Calls for social intervention and representation of Indigenous identity were themes at the forefront of the event’s program, which included runway shows, panels on identity, representation and appropriation, workshops on traditional Indigenous crafting, and an outdoor marketplace where the public could view and purchase clothing, jewelry, and other art from Indigenous artisans.

Though Paul is the founder, she couldn’t have done it without the help of Kerry Swanson (Cree/Ojibwe), development director, and Heather Haynes, producer. “It was so amazing to see the power of our community, so many travelled across the country to be a part of it, whether it was to model, or join the marketplace, or just to attend the event. It felt like the beginning of something very special and important.”

The event was unlike any other fashion week in the world in that the designers were paid to be there - as artists. “Typically, designers have to pay a fee to be in a show,” Paul explains. But they didn’t want to go that route. “We actually paid them an artist fee, and we paid the models. We wanted to create a space for ourselves, because if we don’t, no one else will.” 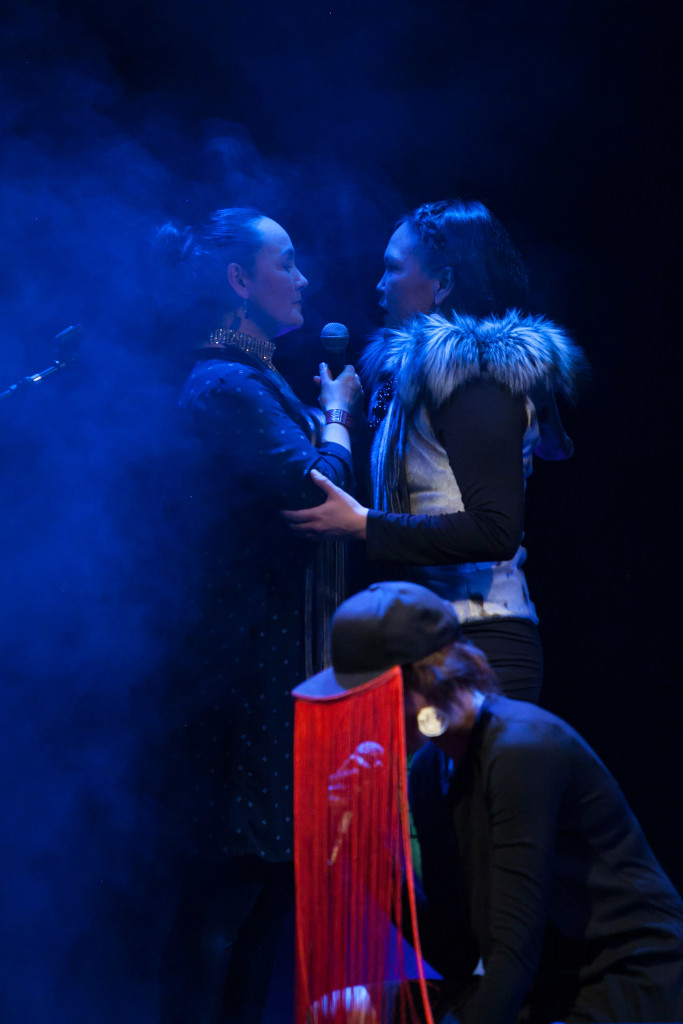 Paul foresees IFWTO as becoming a powerful tool to help combat cultural appropriation by providing direct visibility for Indigenous designers. “So many Indigenous artists and designers are forced to spend time calling out people and organizations for cultural appropriation, but in doing that, get pulled away from their work,” says Paul. “So by doing events like these it addresses it head-on. We’re addressing it simply by us doing our own thing.”

Paul estimates approximately 1000 people attended the four runway shows, titled New Moon, Berry Moon, Harvest Moon, and Frost Moon. “The theme actually came together quite naturally, once we knew all the designers who would be in the show,” explains Paul. “In our culture there’s a lot of land-based storytelling, so it just fit so perfectly.”

New Moon reflected springtime, and featured emerging designers. Berry Moon moved into summer, which is Powwow season, and featured designers whose collections were regalia-inspired. Harvest Moon is set in the fall. “Harvesting is something you would do with your aunties and grandmas, so the idea was to honour those women who have paved the way, women who have been in fashion for a while,” says Paul. Frost Moon rounded up the year with the winter season, and featured designers from the north; Nunavut, Greenland, Yukon. Paul says the next IFWTO will be coming to Toronto in 2020. 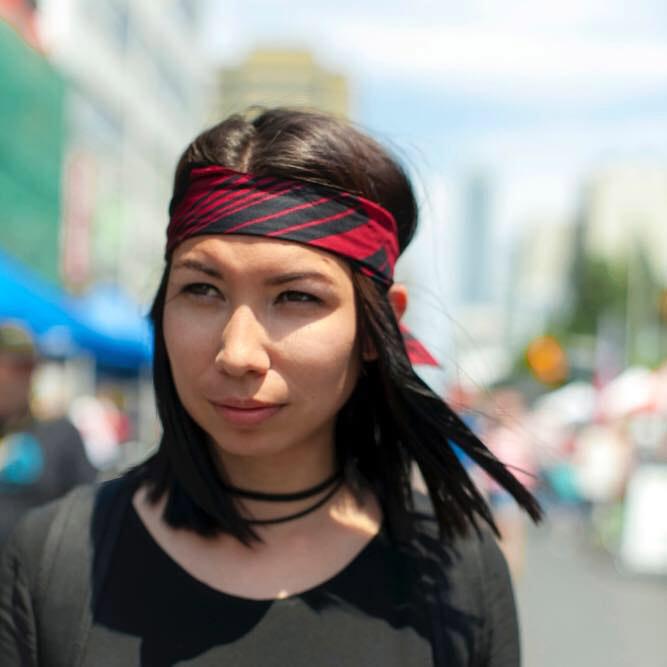 Sage Paul is an urban Dene woman and member of English River First Nation. She is an artist and innovative leader in Indigenous fashion, craft and textiles, championing family, sovereignty and resistance for balance. In 2017, Sage received the Design Exchange RBC Emerging Designer Award for her trailblazing work.