The more we analyze our history of resistance the more easily we can identify our resilience.

Asserting Indigenous autonomy through the exercise of cultural, traditional and ceremonial practices has almost always been met with colonial force. Here in unceded, un-surrendered Mi’kmaq Territory, incarceration is the colonial answer to dealing with our ‘savage’ ways. From the times prior to the inception of the BNA Act, to the oppressive, assimilative policies and legislation today; the ways of my people have been made illegal. The very act of living here in my territory is defiant to General Edward Cornwallis’ scalping proclamation that is failing and has failed to eliminate my people.

The ceremonial ban placed upon my people involved continuous raids by the colonial regime. This ban forced our practices ‘underground’, including our traditional gambling. A large number of Mi'kmaq community members, including Grand Chief Gabriel Sylliboy, James Matthew Simon, and Donald Marshall Jr., have been criminalized by Provincial Policies. Thankfully, these criminal cases have led to the recognition of the power and authority of our inherent rights, and have empowered our people to continue to assert ourselves regardless of the colonial bully. 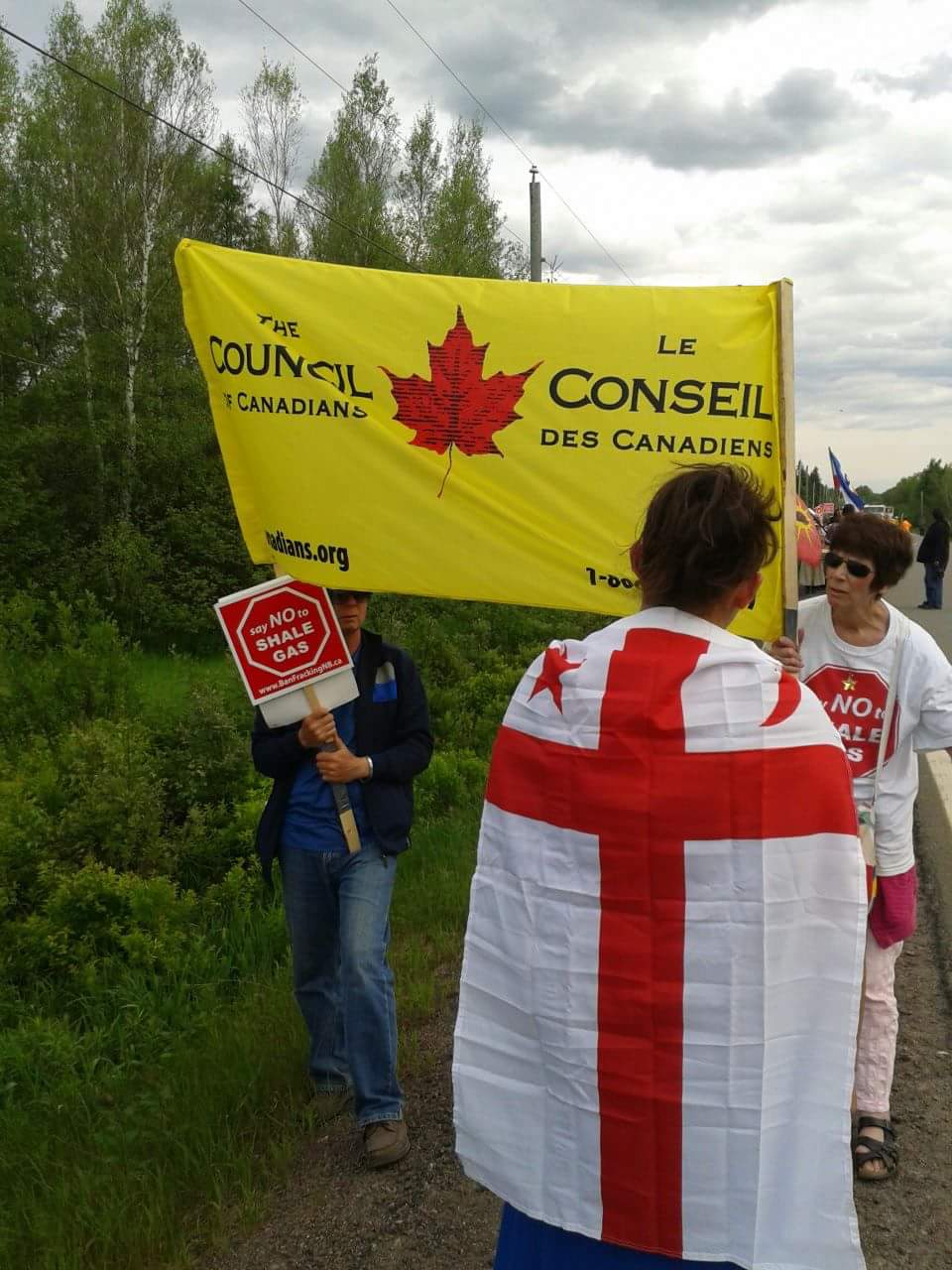 We have been fighting this battle for hundreds of years; and the more we analyze our history of resistance the more easily we can identify our resilience. This is the key to our empowerment. We should be determined to live the life our ancestors envisioned for us. We need our own lawyers, our own judges, and our own system that will judicially enforce our laws. We need to be taking steps towards removing our Nations from the colonizers' authority, and start asserting our own authority on a larger scale by developing our own constitutions, laws, and rejuvenating our ancient ways of governing through true assertion of our Nationhood. Assertion that is not delegated or negated by the colonial government, but assertion that is governed from the ground up from a grassroots level. Indigenous peoples should never have to face criminalization and state repression from the colonizer, because such acts are political in nature. If the colonizer has a dispute with Indigenous peoples, such disagreements should be sought through third party adjudication to resolve issues. It is these types of engagements that we need to be seeking; it is within these types of remedies that true reconciliation can be pursued.

As an Indigenous Mother, Scholar, and Warrior I have personally witnessed and researched how far the colonizer will go to validate their alienation of our rights, theft of our lands, and the poisoning of our waters. I have seen myself incarcerated and criminalized on several occasions for asserting my Indigenousness in my Traditional Territory. Each time I am incarcerated and imprisoned, I am left to represent myself and defend my Aboriginal Rights, Treaty Rights, and Title in their colonial Courts. The time I have spent fighting in their colonial courts, and time I have spent researching for my defense took unnecessary time away from me being able to spend quality time with my children. It also took endless amounts of money out of our pockets, money that could have been spent on doing things together as a family. Courts that have all too often adjudicated my people’s rights through a colonial court process. My rights are continuously abrogated and negated by the colonial system and it my intention to have my rights, which are internationally recognized, emancipated. I highly believe that there is no Justice on Stolen Land, and there is no Justice in their colonial court process. The Pre-Confederation Treaties in my territory unambiguously state the ways to deal with injustice, justice and political indifference. A Treaty Right that is largely ignored by the colonial government because recognition acknowledges our inherent power and authority. Each time our people win in their colonial courts and our people become empowered by the power of their Indigenous Rights and Responsibilities, the government attempts to enact legislation and policy to define the ruling in order to squash any type of empowerment. 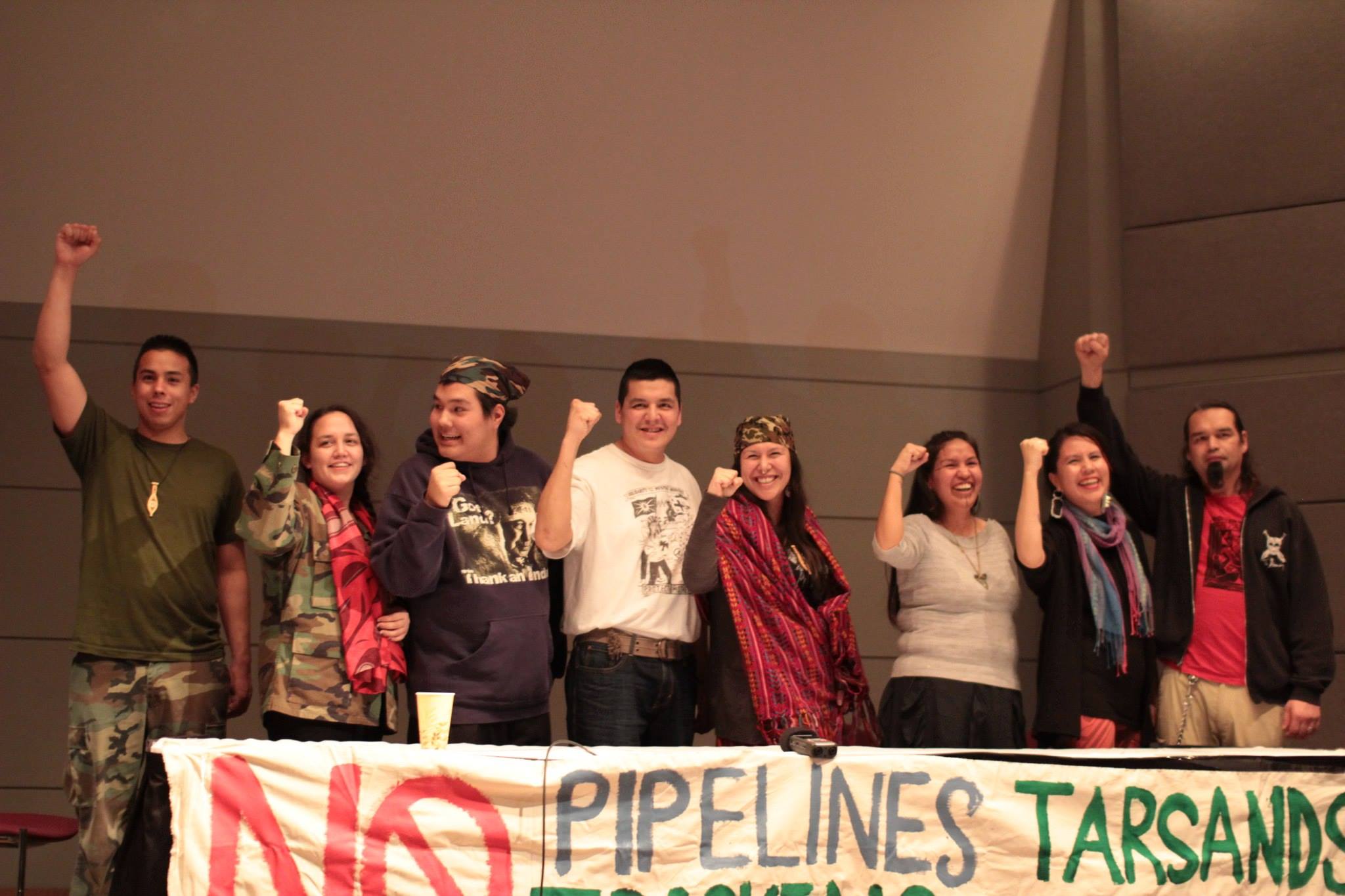 The question now lies: How will you attempt to emancipate Indigenous peoples from colonial repression and political criminalization?

Although I have had more than my share of experiencing how far the colonial system will go to subjugate Indigenous peoples, it still has not broken my spirit. I continue to organize against colonial tyranny, and Industrial development on a grassroots level. I still continue to empower our people through the training of their Treaty rights, Aboriginal Rights, Constitutional Rights, Human Rights, Indigenous Responsibility and the truth. At the moment, the Mi’kmaq Warrior Society is assisting our relatives in the Sipinekatik District of Mikmaki to fight Alton Gas, a company that seeks to mine salt caverns, dump the brine into the river, and fill caverns with gas. We are also organizing against Energy East and Bear Paw LNG, a company that seeks to Hydraulic Fracture in our Oceans and run pipelines right into and through our Territory. We are not only disputing these energy infrastructure projects, but we are also actively opposing the Modern Day Treaty Process here in our Territory; a process that seeks to exterminate our rights and title via certainty clauses. So, no matter how big or how small of a role you can play in the Indigenous Resistance Movement, it is important to find out what you are good at and how to utilize those strengths to help emancipate our nations against colonial domination. Every step towards decolonization is a step closer to emancipation.

Suzanne Patles, Lieutenant of the Mi'kmaq Warrior Society who is a prominent figure in Indigenous Resistance Movement. She is predominantly known for her active role during the 2013 Elsipogtog fight against SWN Resources, and the Province of so-called New Brunswick. Patles has spoken at the most prestigious universities and has supported other Indigenous grassroots movements across so called Canada. She is currently writing and attending speaking engagements while raising her three sons.