Looking to the past to move forward, this is how Lela Yeyatalunyuhe George is now living her life - in more ways than one. Lela has been on a journey to heal from the wounds of her past, by reconnecting to the traditional ways of her ancestors. And she has already learned one of life’s big lessons, “The answers are in our hearts and in our minds. My heart was hurting so much because I wasn’t following it. Once I started to do that my life changed.”

Lela grew up in Oneida Nation of the Thames, a reserve just 30 kilometres south of London, Ontario. She was born to an Oneida and Ojibwe father, and a Cayuga mother. As far as she knew, she and her siblings had a happy childhood. Without warning, her parents separated when she was 11 years old. Lela had no choice but to move to Fort Erie with her mom, a two-and-a-half-hour drive from the home she knew and loved.

“I was a confused kid. I didn’t understand why I was taken out of the place I was happy at.” She soon started to rebel and didn’t know why. “I had a really hard time in grade school, I barely made it through.” High school was no easier, and by 14 she was a teenage runaway.

Lela began experimenting with drugs and alcohol, and by 16 she was on the streets. “I was looking for love in all the wrong places,” she says, of a serious relationship she began with an older man, that soon became toxic. “I felt like I couldn’t be myself. I lost who I was as a human being. I was always being what he wanted me to be, never making a choice for myself. And it started to suck the life out of me.”

Suicidal thoughts began to creep around in her mind. “It was a very controlling relationship. I drank a lot. We argued everyday. I got so down on myself that I would picture how I was going to do it. Because I felt like I had no way out. But I couldn’t do it, so I ran.”

Leaving the relationship was the right thing, yet something still felt wrong. “I was running away from my situation, like a child. And I had this flashback of me at 14 running away. I just decided I’m not going to run anymore.”

And she didn’t. Instead she did the most difficult thing - she decided to face her problems head on. “I find we’ve been taught to be ashamed of our mistakes, but if it weren’t for all these things I went through, the falls I took, I wouldn’t be able to stand up and be the person I am now.” 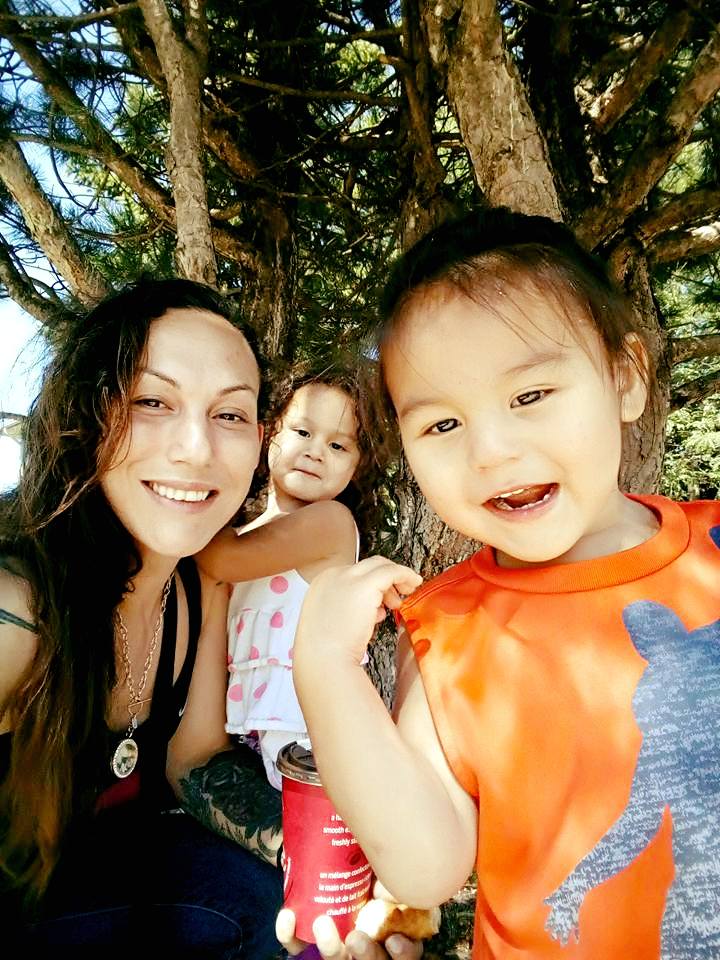 Looking back, she sees the root of the problem was in her childhood. "My family was broken,” she says. “There was addiction happening around me.” Lela’s father was raised by a residential school survivor. “When it came time for him to have the family he always wanted, he tried to make it work, but he just didn’t have the tools. My parents tried to do what was right and I was raised in a very religious home. But, our culture did not exist in my life growing up.”

Embracing her experiences, Lela began a new journey of self-discovery. “I chose to heal in my own way, and how I did that was by seeking out my culture. I went to socials, ceremonies, spoke with elders, and it all felt really good, like it was a part of who I really was.” That’s when things started to fall into place for her. Lela, who belongs to the wolf clan, was given her Oneida name, Yeyatalunyuhe, which means ‘she draws it’.

Lela now lives in London, Ontario, just 20 minutes away from her home community. She has since earned a certificate as a Personal Support Worker (PSW) and works in home care. She’s also a Wellness Advocate for DoTerra Essential Oils, and most recently, became co-host of The Tribal North Radio Show on Radio Western 94.9FM, alongside Young Jibwe. Lela has also found her strength in standing up for what she believes in and was one of the organizers and leaders of the February 12th Justice Rally for Colten Boushie in London. 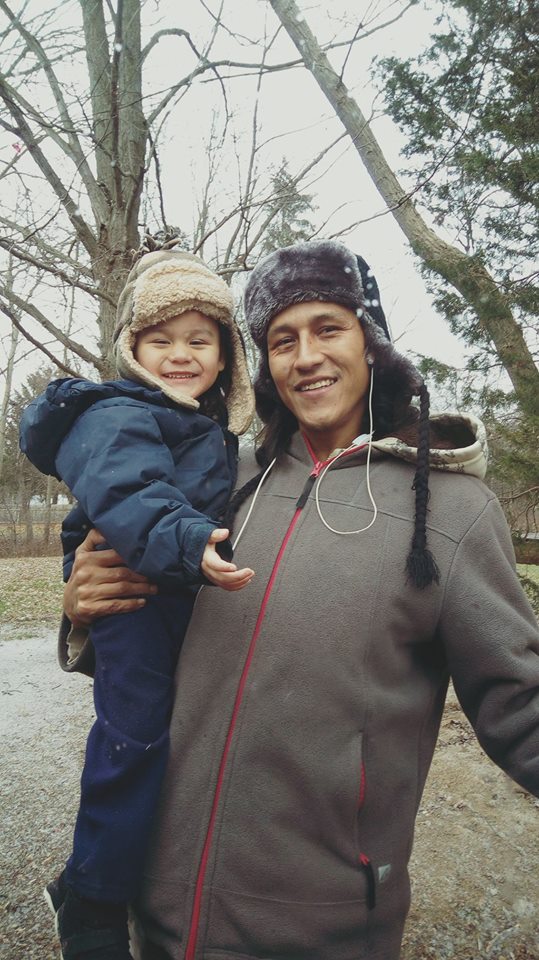 Most importantly, she’s a mom who loves her kids, has a supportive partner, and enjoys the work she does. “I’m fortunate to have a partner who is my teammate. His support is the biggest reason I’m able to do what I do,” she gushes of her partner, Jordon, with whom she’s been in a healthy relationship for 5 years. And counting.