Finding the strength to live for myself after losing someone else.

Finding the strength to live for myself after losing someone else.

My name is Julie Grenier. I’m half Inuk, half French and I was raised in the small northern town of Kuujjuaq, Quebec. I take great pride in being Inuk. I love to sew and bead, and keep up with my cultural activities. However, I don’t speak Inuktitut fluently, which is something I’ve learned to live with, but also something I still struggle to accept. Throughout my childhood, we moved back to the city (Quebec or Montreal) periodically, but never for more than one year at a time. Later, I had to move back to Montreal and Ottawa to get my college and university degrees, but soon after moved back to Kuujjuaq where I lived for 9 years and in that time, started my family.

Everything seemed to be falling into place. Then my world fell apart. In April of 2015, we lost my younger sister to suicide. Suicide is something that touches almost every Indigenous person, and on that day, it rocked me to the core. But I had to keep going. I had to survive the heartbreak because I have a family, kids who need me to be strong, who need me to take care of them. Two months later, my husband and I decided to move our family down south, to the big city of Montreal, where I had no family, no friends, and no support outside of my house. It was a decision we had to make for the sake of our children’s education. We didn’t feel like they were getting what they needed in Kuujjuaq. 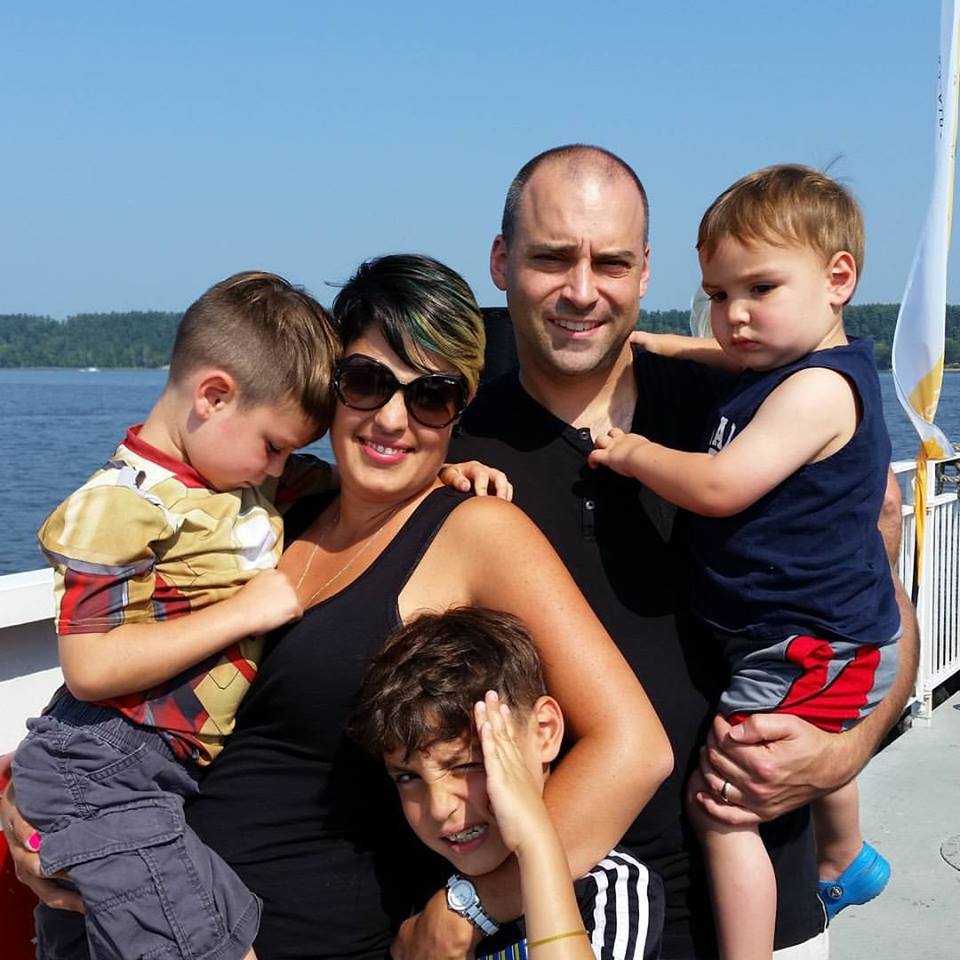 It was a good change, but I felt like I was just going through the motions of life – wake up, feed the kids, feed myself, bring the kids to school, work, homework, tutoring, hockey and bed. Repeat. I thought I was okay, I thought life was good, I thought I was coping because my sole focus, my sole purpose was to take care of my family, which I was doing successfully - for the most part. However, I wasn’t taking care of myself at all; I had random migraines, constant fatigue, low energy, which got me thinking that maybe I wasn’t as well as I thought, mentally or physically. I wasn’t coping, I was merely surviving. I started talking to my brother, to my closest friends and came to the realization that perhaps I going through a depression. I refused to tell my husband about it because I needed him to feel like I was there for him and my boys. I needed them to feel like everything was good.

In November of 2016 I went to donate blood and I was told that I may be pre-diabetic. No one in my family is diabetic except for my 91-year-old grandfather who was diagnosed a few years ago. I couldn’t believe what I was hearing, so I saw my family doctor who sent me for blood tests and confirmed that my blood sugar was a little bit high. This got me thinking, but I didn’t take it seriously.

In March of 2017, a mother of my son’s hockey teammate approached me through social media about looking into her social networking company called Arbonne. I rolled my eyes and thought, ‘there is no way’. But being who I am, I had to take a look. And I got curious. I didn’t think I had the time, but I wanted to know more, so she came over and left me with a basket of products to try, which I did - and fell in love. This got me thinking about my life, about my future, about my kids and how present I was for them. Arbonne became my ticket to more time, my ticket to being able to be a better mom, my ticket to taking better care of myself and of my family. It also became my ticket to helping others going through the same things as me.

Ultimately, I made a decision that despite loving my job, I loved my family more and needed more time with them. So I signed on to Arbonne, became an independent consultant, and began using all their products. I wanted to be able to speak from experience about all the products and programs, which is why I also decided to try Arbonne’s ‘30 Days to Healthy Living,’ a 30-day challenge to clean up your diet, eliminate toxins, and re-energize your body. I literally jumped in with both feet. I read all the literature, I joined the Facebook Healthy Living support page, and I started my day with my detox tea and fizz stick “fizzy” first thing in the morning, a shake for breakfast, a shake for lunch, healthy snacks in between meals, following the provided avoid list (which became my bible), a healthy dinner (always ensuring to have the right daily recommended portions) and my detox tea in the evening. It meant I was cutting out my coffee, which I was addicted to, cutting out alcohol, processed snacks etc. It was terrifying to say the least. 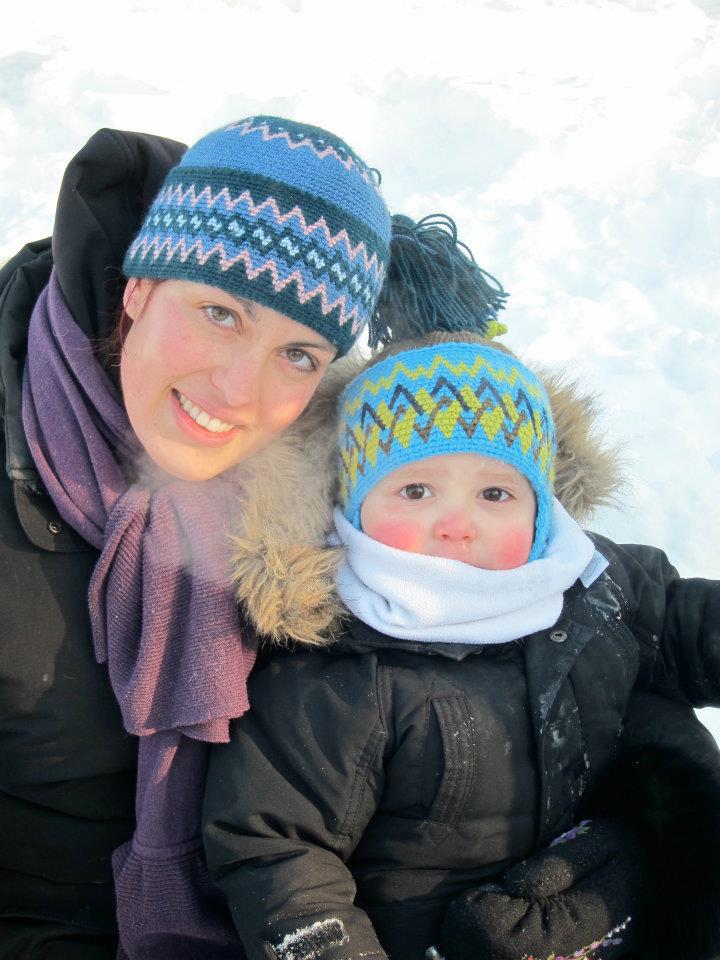 The first 3 or 4 days brought me headaches, which I later realized were from the withdrawal of my coffee addiction. And then, on day 5, I woke up before my alarm clock, feeling fresh and ready for the day. I didn’t want to lay in bed, I felt good! And I had no more headaches, no more fatigue, I had energy. So, I stuck to the program. I got through the temptations, I got through the moments of weakness, I got through every moment, minute by minute. And the next thing I knew, my 30 days were over, and I felt amazing!

As recommended, I had taken a before photo on day one, as well as my measurements. So, on the day after my final day, I weighed myself, again, and took my measurements, again. I was completely floored. Not only did I feel great, both mentally and physically, I looked great! I had lost fourteen pounds, I had lost 6 inches on my waist, 4 inches on each thigh and 1.5 inches on my arms.

There were many moments during my 30-day program that stood out for me. There was the moment where my husband came to see me, smiling, and said it was nice to see me happy. I was listening to music again, and doing my art. These were things I had stopped doing at some point and hadn’t realized anyone else noticed. There was also that moment when my son Nicholas came to me and said, “Anaana (mom in Inuktitut), I like seeing you smile! You don’t yell at us all the time anymore.” It broke my heart to think that despite trying to be careful about my family not feeling the effects of my depression, they had been feeling it the whole time. But it also made me happy to realize that they felt the positive effect of me bringing this change into my life. There was also that moment after the 30-day challenge I went to give blood, and my blood/sugar levels were perfectly normal. 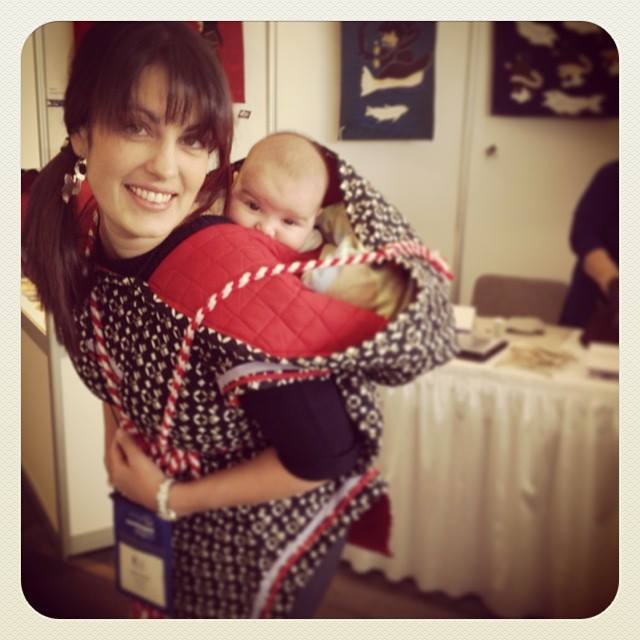 I haven’t gained any of the lost weight back. I’ve come to realize that I can’t digest gluten or white rice so I avoid these foods. I have not had any coffee since then, I actually don’t care for it at all anymore. And I am actively involved in my kid’s activities and happy. And I am smiling all the time. I still hold myself accountable to following the program and avoid the foods that I don’t do well with. And now I’m committed to helping anyone who recognizes themselves in my story, anyone who wants to make a healthy lifestyle change, anyone who wants to take their lives and health into their own hands.

The choices we make concerning our health are ours. We need to take ownership of our own health. This is not something I had given any thought to in the past. Now that I’ve taken that first step to take care of myself, I’m actually in a much better position to take care of my family because I am in a really great place.

If you would like to know more about the program, have any questions, would like to talk to me, I can be reached by e-mail: julesapanga@gmail.com or on Facebook: www.facebook.com/JulieGrenierDiCiero