Masters of the Water – Part 2

After weeks of hard work, the builders were ready to launch their babies into the Yukon River!

After weeks of hard work, the builders were ready to launch their babies into the Yukon River!

On July 6, the closing day of Adäka, all four boats were going to be launched in an incredible ceremony along the Yukon River. Morning of, all the builders were excitedly putting final touches on their works of art. You could definitely feel the excitement buzzing in the air. 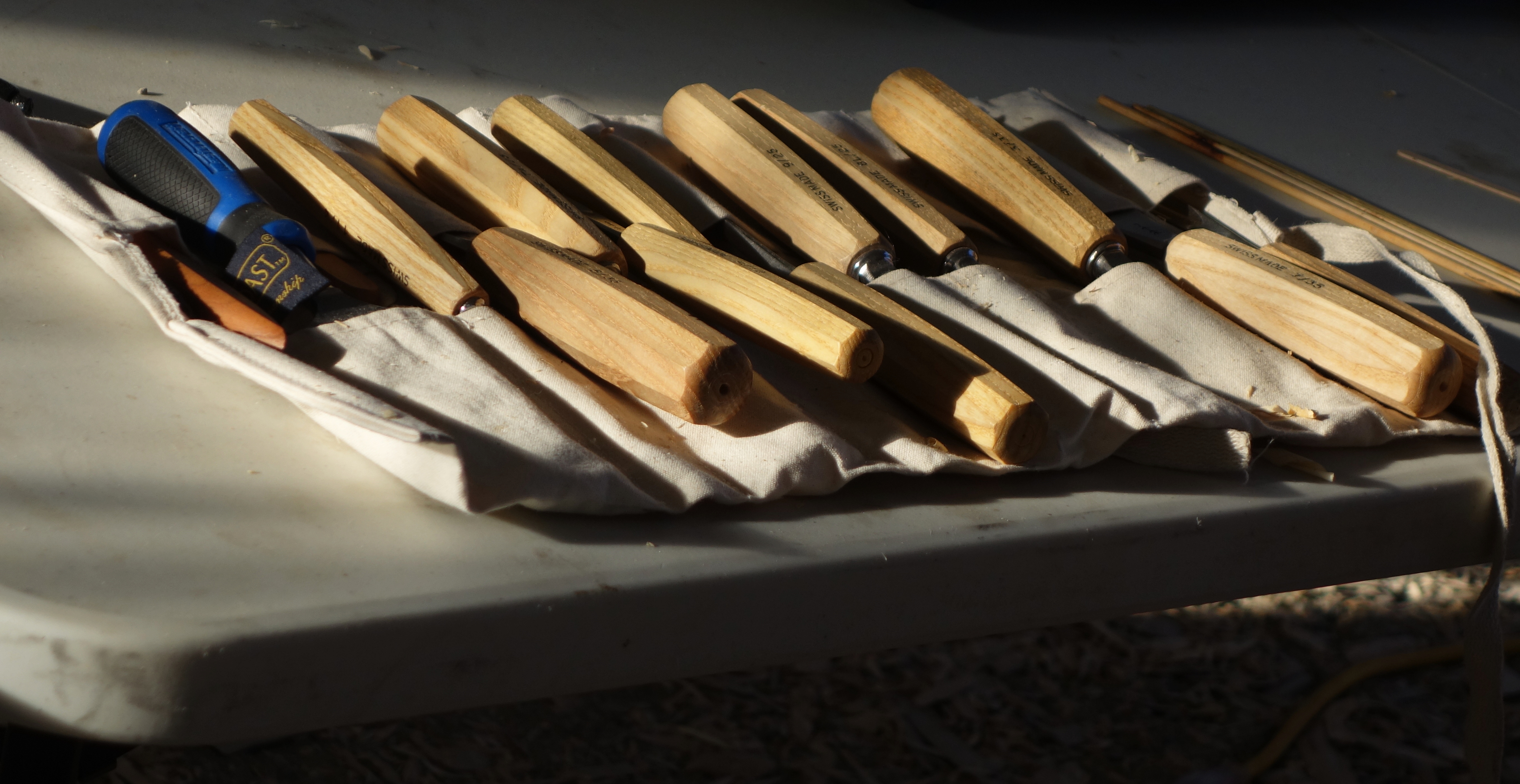 Below, Kilii and his partner Addie's qayaq (caribou and harp seal) almost complete! 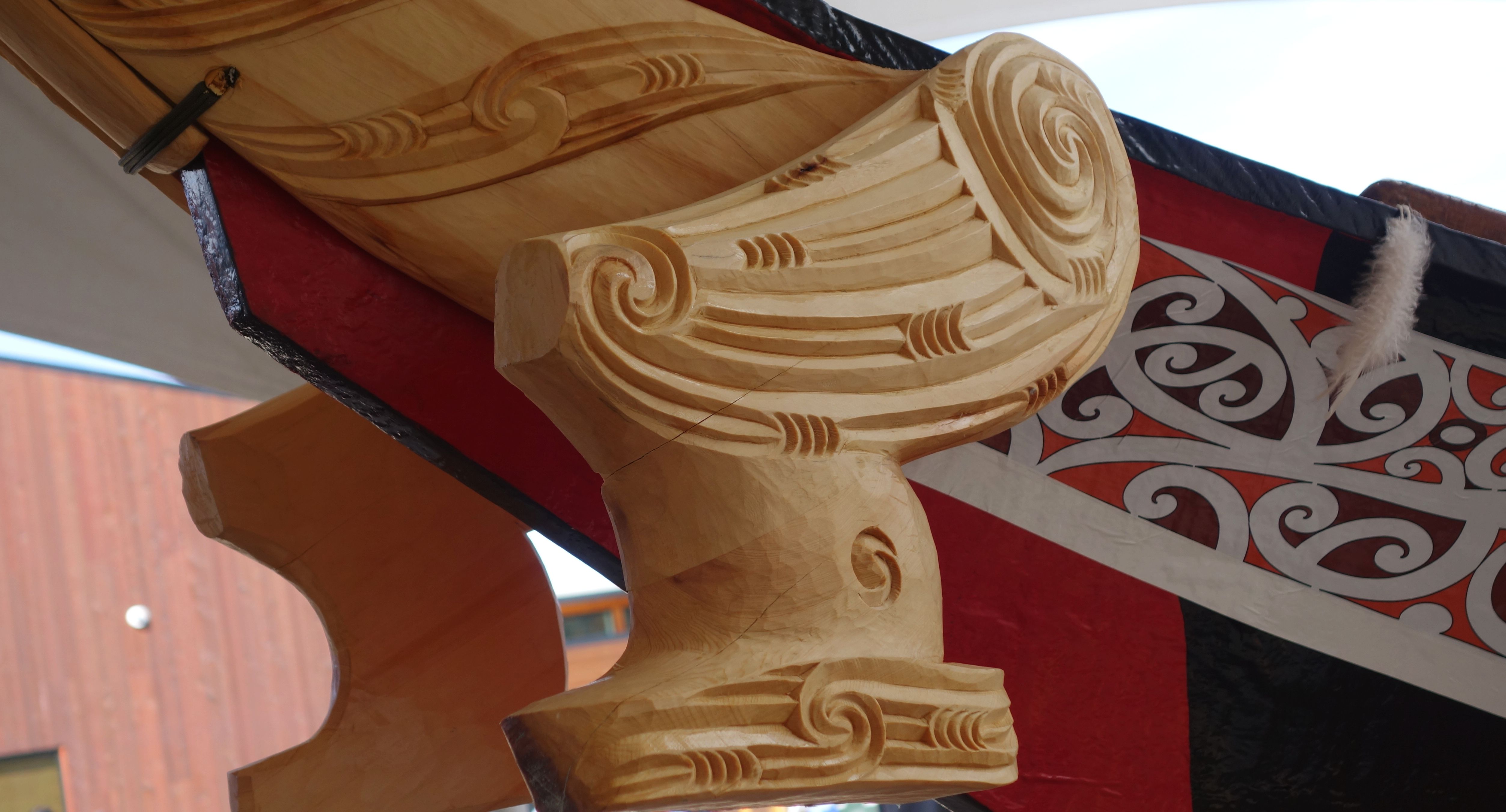 Here's a shot of the moose skin boat. Traditionally, women scraped and sewed as many as 5-14 moose hides together to make a 3-9 metres (10 – 30 foot) boat, using moose sinew and a special stitch for waterproof seams. Men built a wood frame from spruce or birch, then stretched the hides over it to build a boat for up to 5 extended families, with dogs and belongings. A bag of moose grease hung from the bow to re-seal seams along the way. 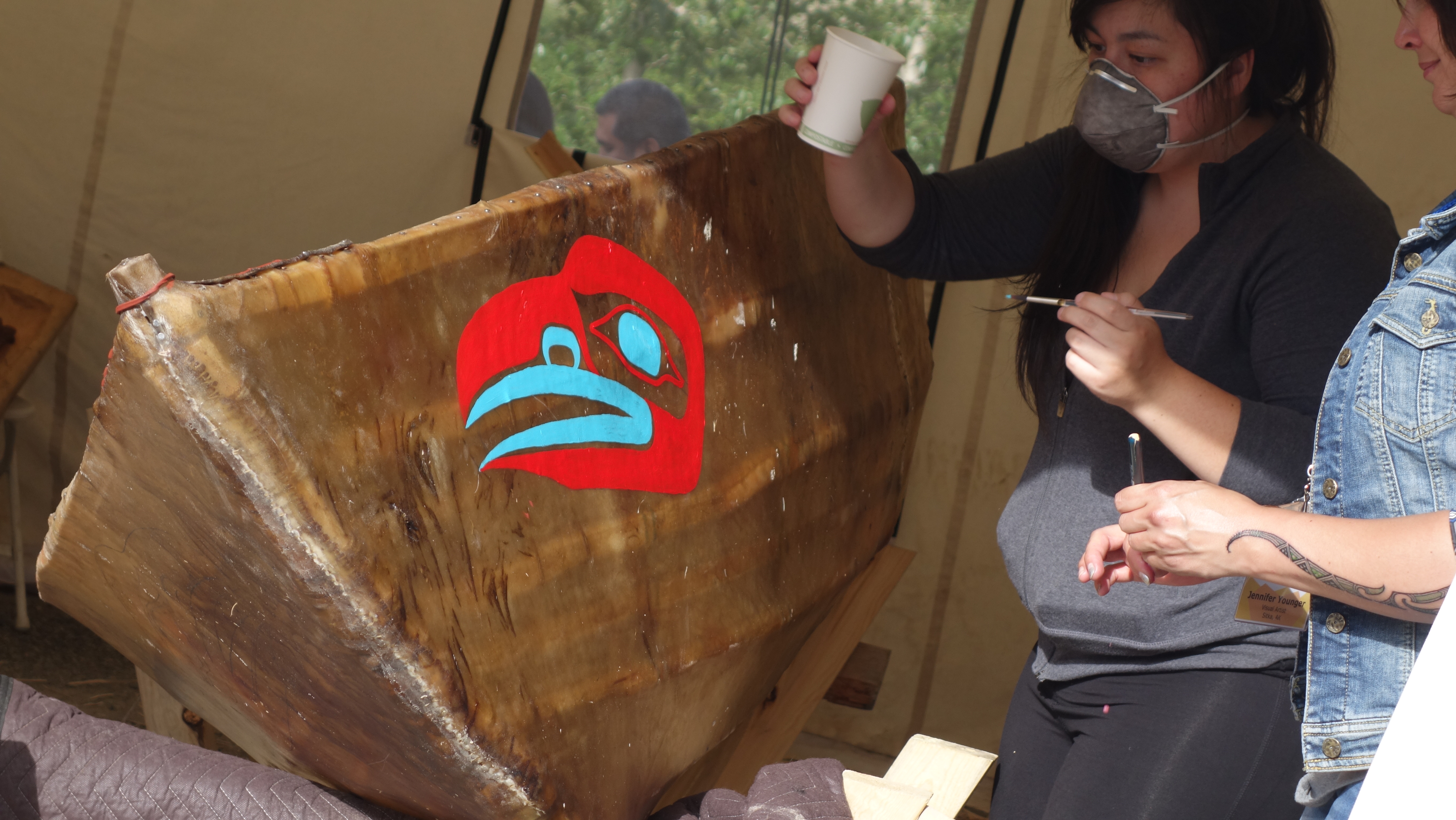 I can't begin to describe how beautiful and intricate this carving was in person...

When the boats were finally ready to make their grand début, crowds gathered for a beautiful ceremony before the water crafts began their procession down to the Yukon River.

My buddy Ryan Willert (featured Adäka artist) and Wayne Carlick. Ryan looks totally serious in this shot, but he had me laughing in stiches throughout the entire festival. 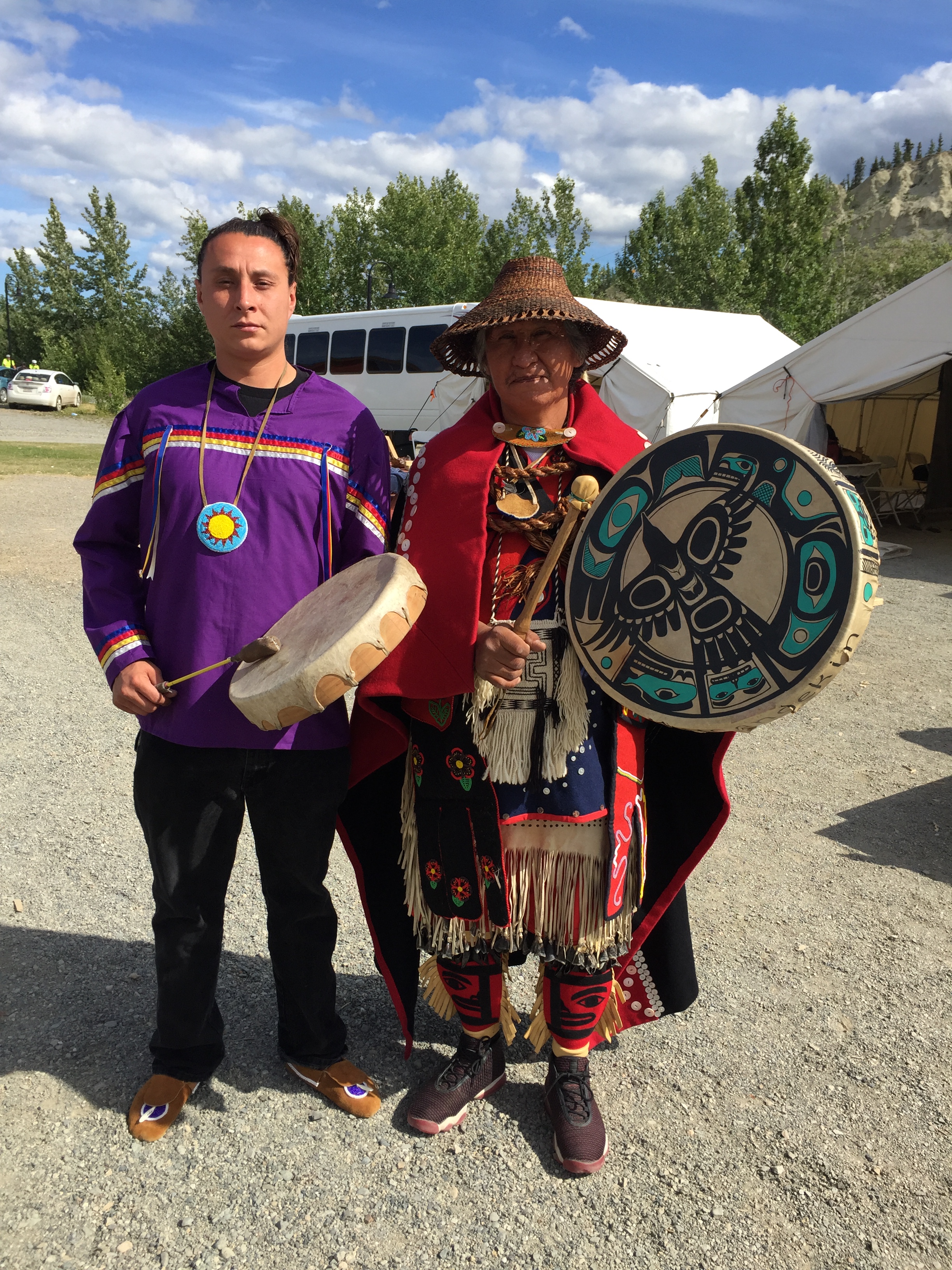 All four boats - beautiful as could be. 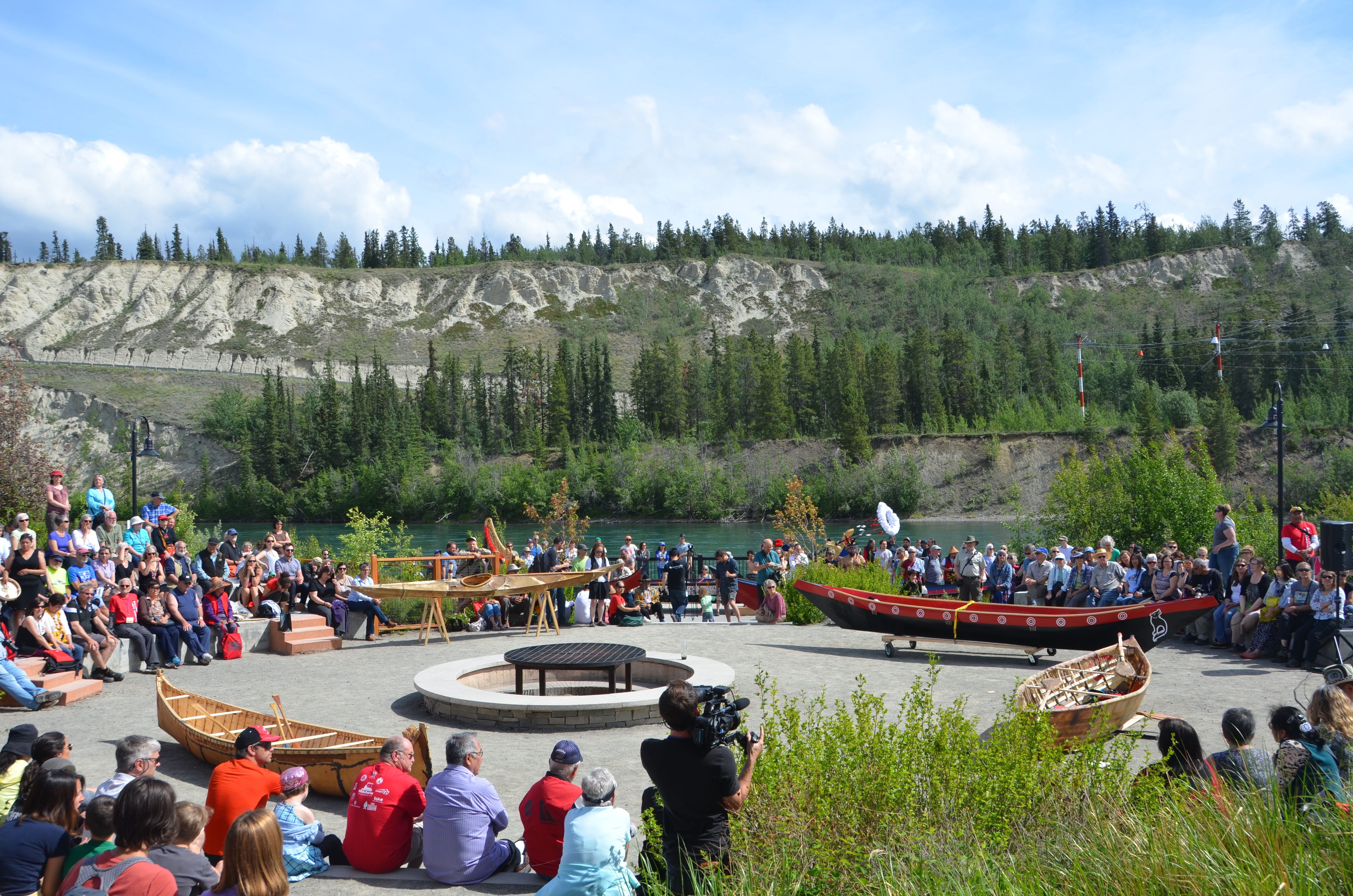 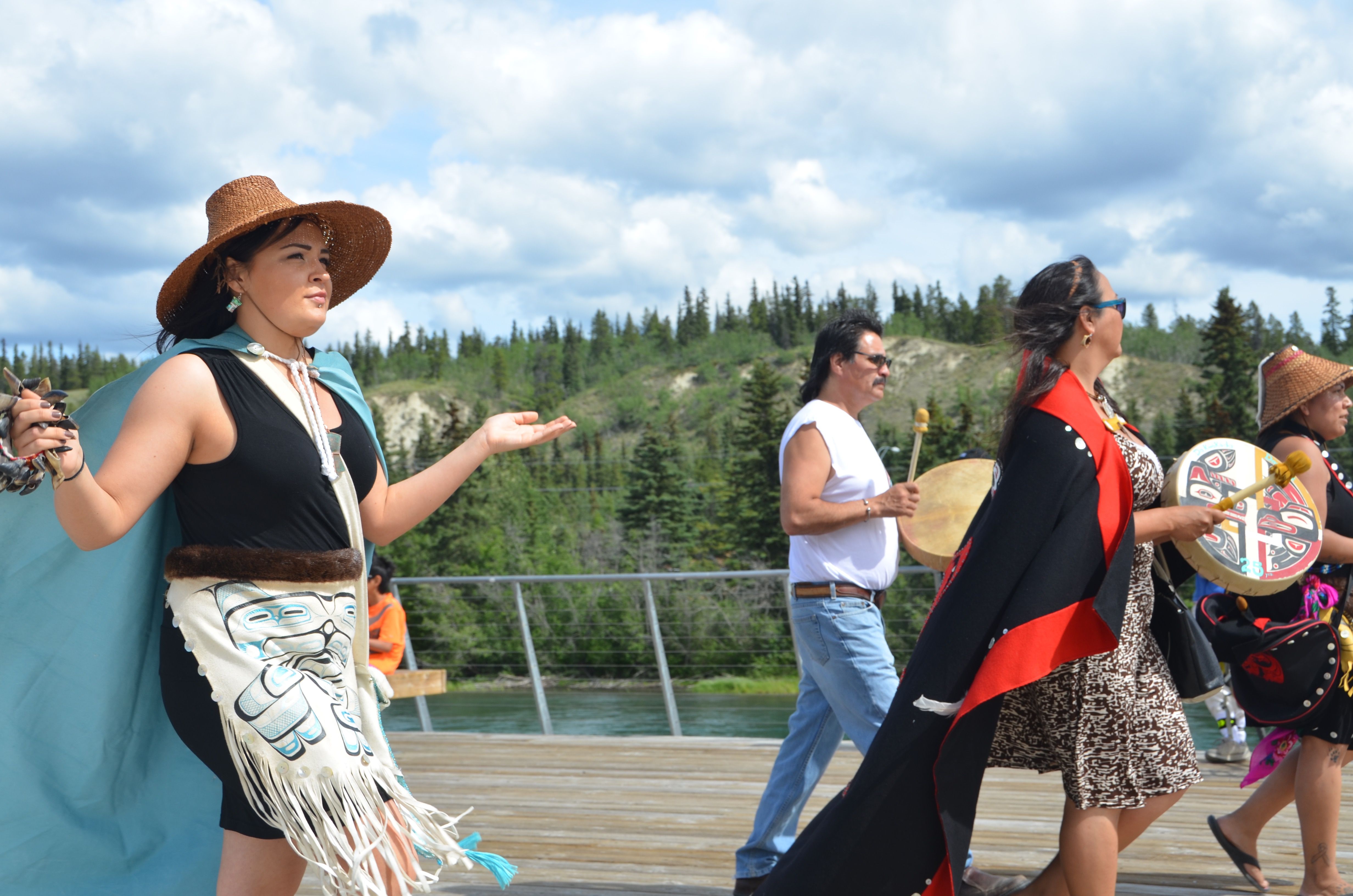 The boats were paraded down to the water with singing and drumming. 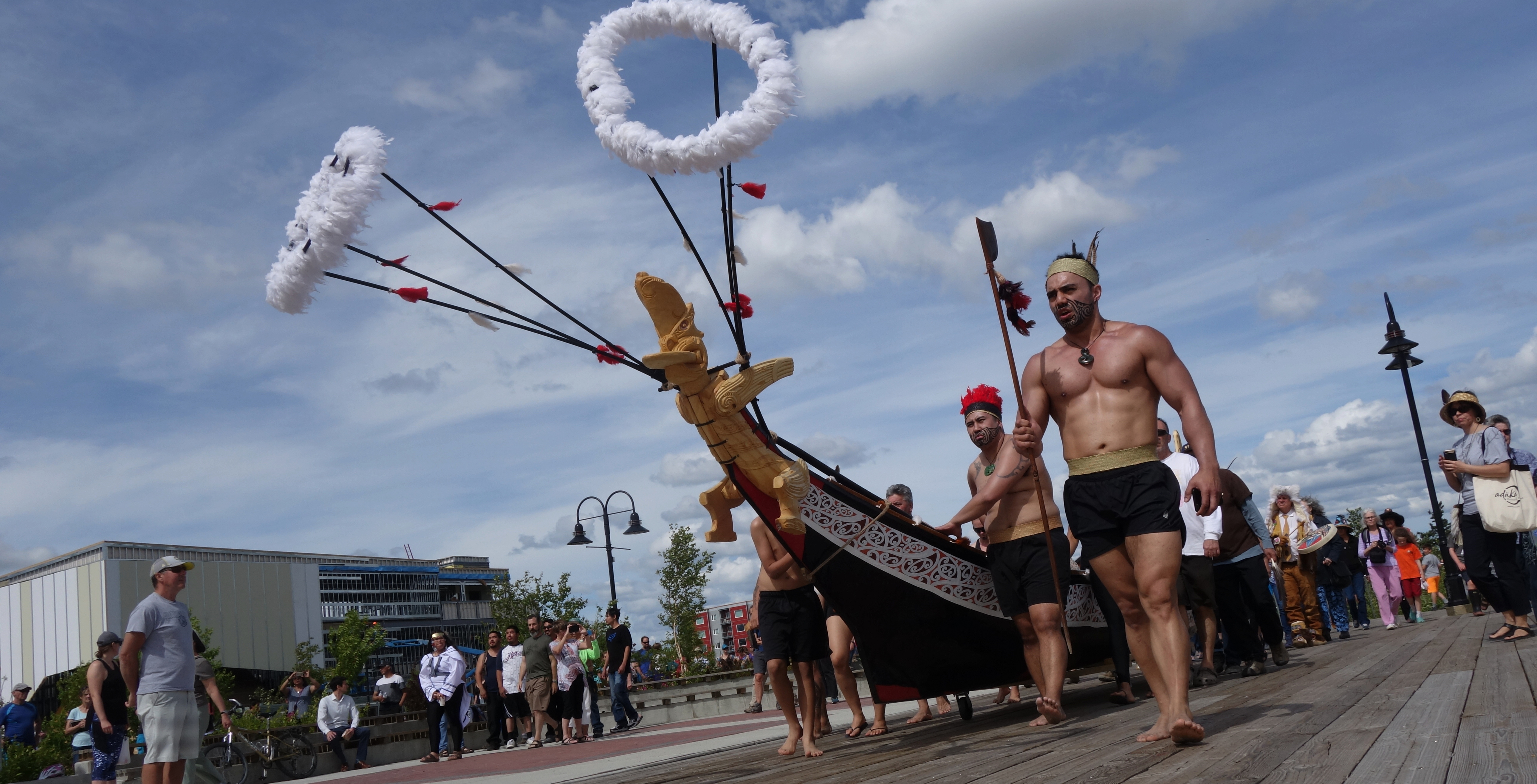 Ever stoic, that Stephen Te Moni! 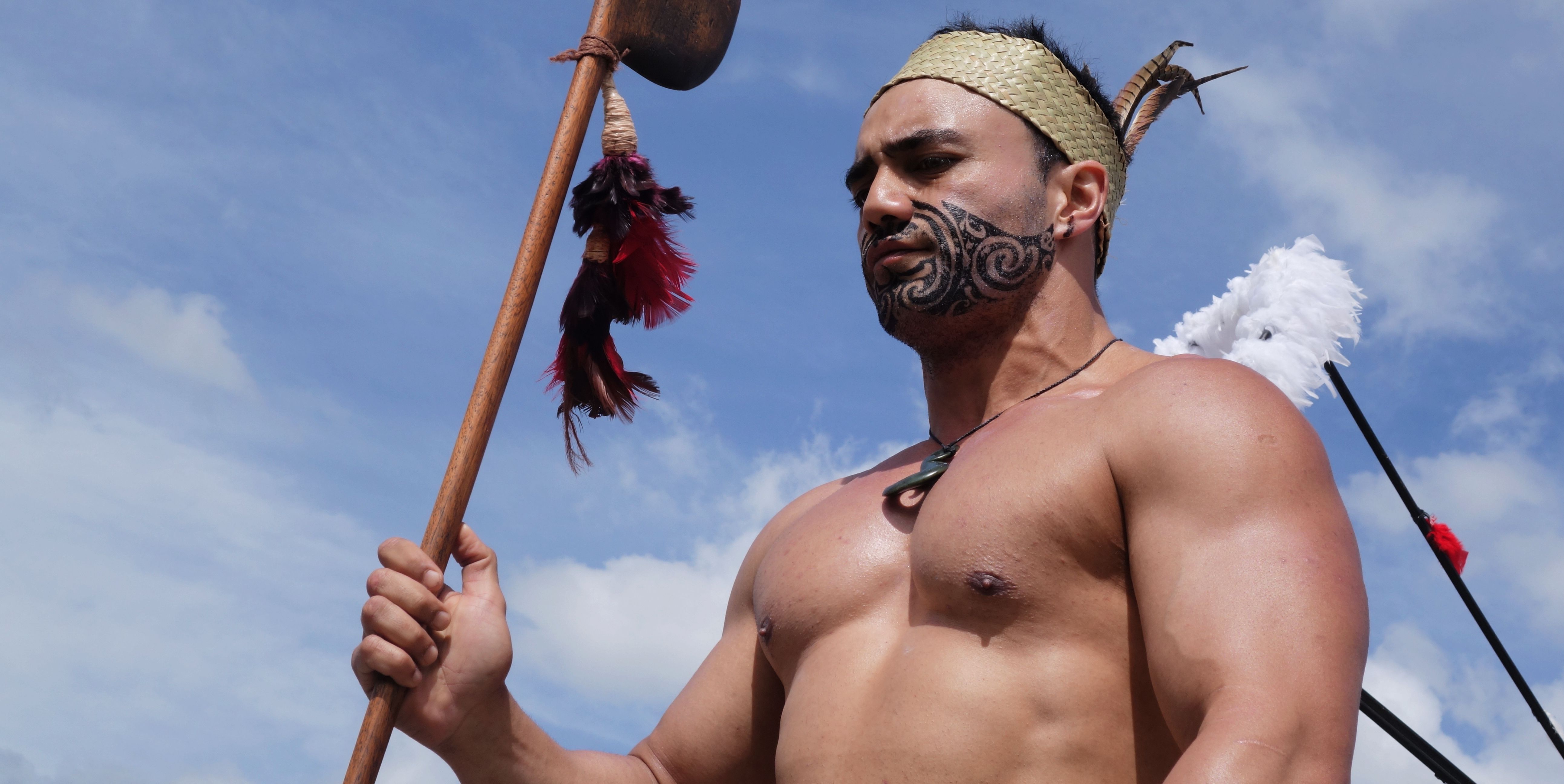 Here's Kiliii performing a special ceremony before the boats took off...

"Putting the qayaq in and paddling with the other watercrafts was a huge honor. It felt a little hectic at first but as we got on the river and everybody else disappeared, I could almost feel the weight of history. Some of these watercrafts haven't been made for 60 years! To bring them all together felt like we were being guided by all our ancestors down the river." -Kiliii Yuyan 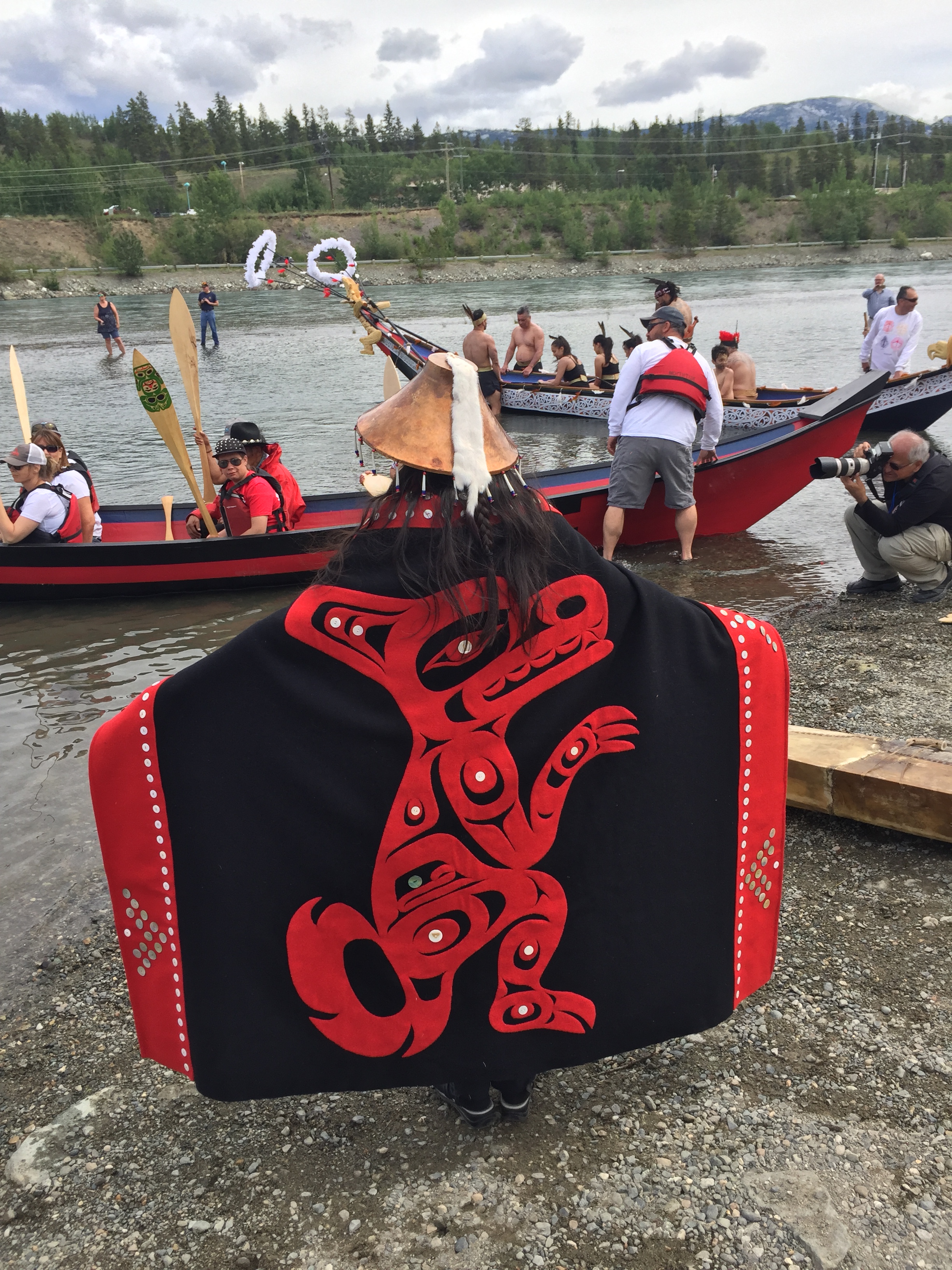 Alas... the outstanding moose skin boat didn't quite make it down the river. There appeared to be a crack in the skin, likely caused by the extreme sun and heat that day. The builders were certainly bummed out, and it was a shame to see the boat driven off on the roof of a truck while the other three glided down the river. But hey, what can you do? Some things just aren't to be. Hopefully Mr. Moose will get his chance (and an audience) another time! Big, big shout out to the builders. You still rocked it! 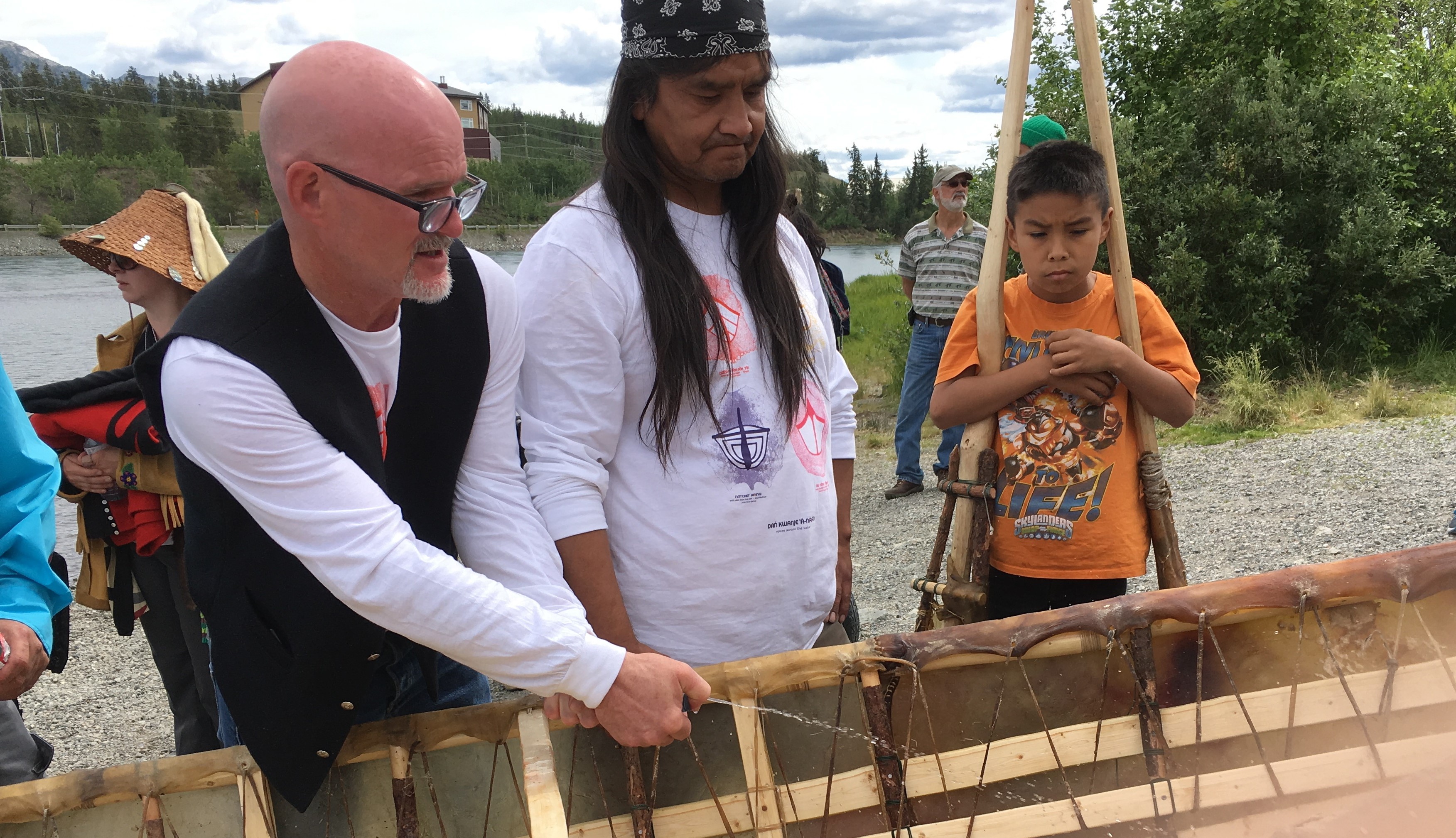 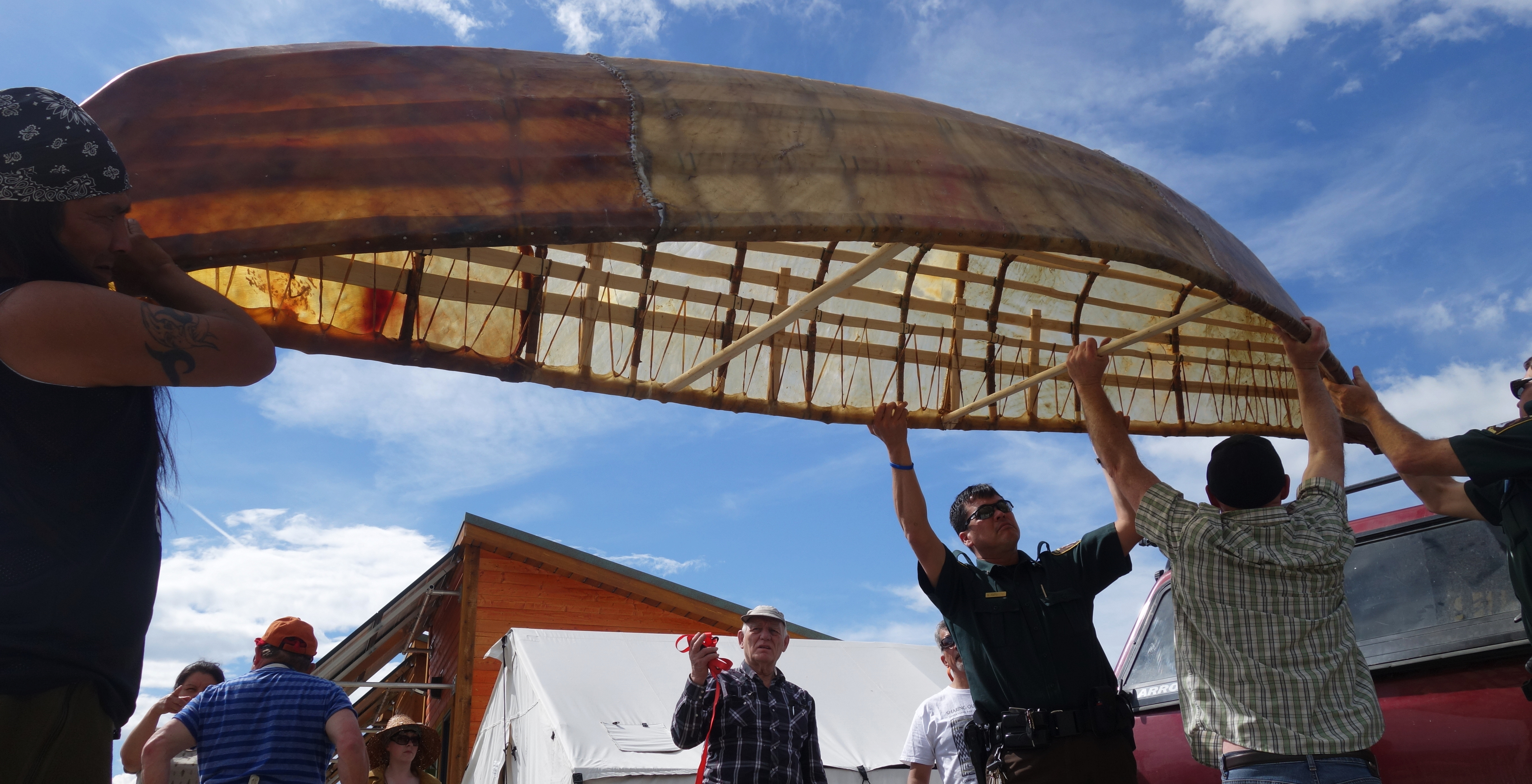 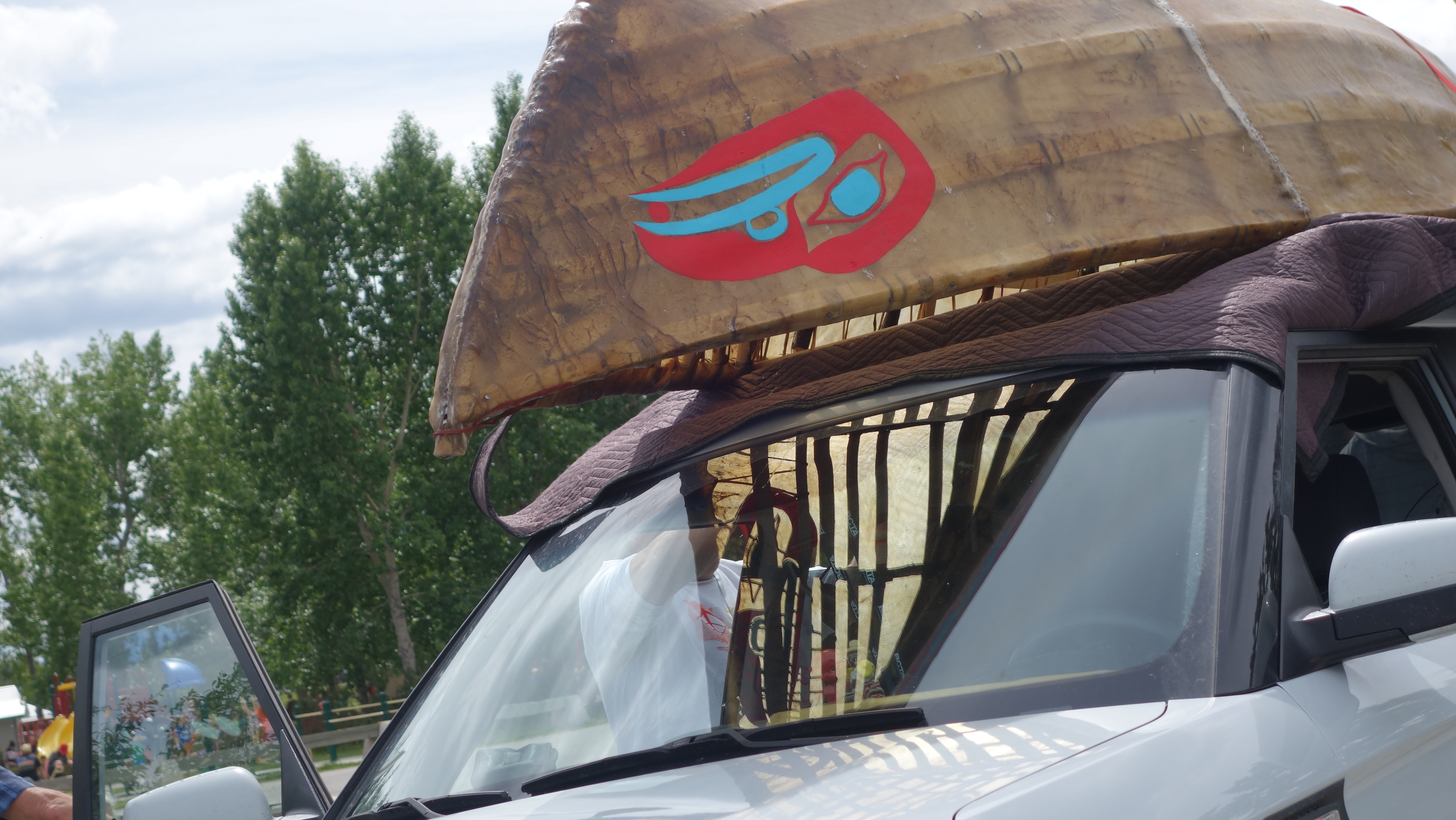 I'm not entirely sure who these guys were, but they were certainly very jolly and had a cool raft! 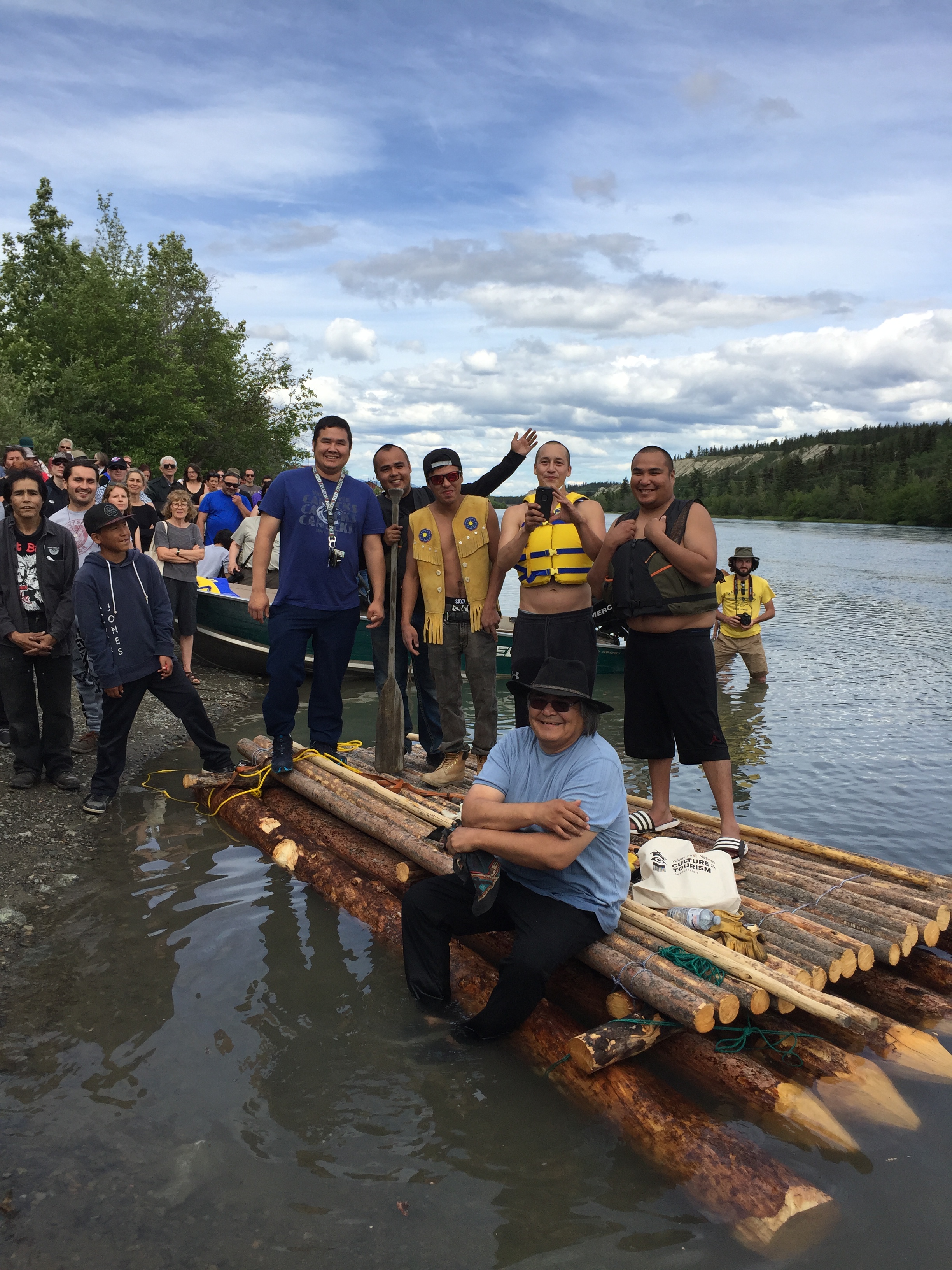