Life in the City of Dirty Water

Speak from the Heart

Letting Go of Our Addictions

My Letter to You

Unity is a powerful tool against the oppressor

Digging in Two Worlds: A Contemporary Indigenous Approach to Archaeology

We Need to Preserve our Language

The title of this article comes from a conversation with an ex partner. He was a non-Indigenous (white) cis male who had been a major part of my life for a year. Part of our relationship was the exchange of our writing, something I valued in him because he provided excellent feedback and helped me to craft some of the best work I’ve written in my career. It was a model for me of how Indigenous women and non-Indigenous men could collaborate through intimate relationships in a meaningful and decolonial way. When he ended our relationship, the part I missed the most was our shared literary work and the space it represented to me.

On our second date, he forgot I was Indigenous and included me in his description of “white” people. I corrected him immediately and he apologized, but I never forgot that erasure. I was just starting my transition when we met and still had a masculine presentation. On the same date, he asked me incredulously “but you don’t really want to be a woman, do you?” as if my gender presentation was a gimmick without any substance. I was shocked and didn’t know how to respond. Part of that comment was the revelation that he didn’t see me as a woman now, much less in the future. Who did he think I was?

The two erasures are linked. Erasing me as an Indigenous woman because of my skin tone and erasing me as a woman because of my appearance share the same violence with different histories. In my romantic life, I constantly have to negotiate both of these realities. Like many Indigenous and trans women, I used to assume that education and empathy would gradually break down and dissolve the misconceptions towards us. I learned from this man that I was wrong. No matter how much of my body and experiences I shared with him, he never changed the fundamental ways he interacted with me. No matter how brilliant and beautiful my art was, no matter how much I called him out on various comments, no matter how loving or embracing I was of his experiences, I never became a girl in his mind and he never accounted for the legacy of colonization in our relationship. 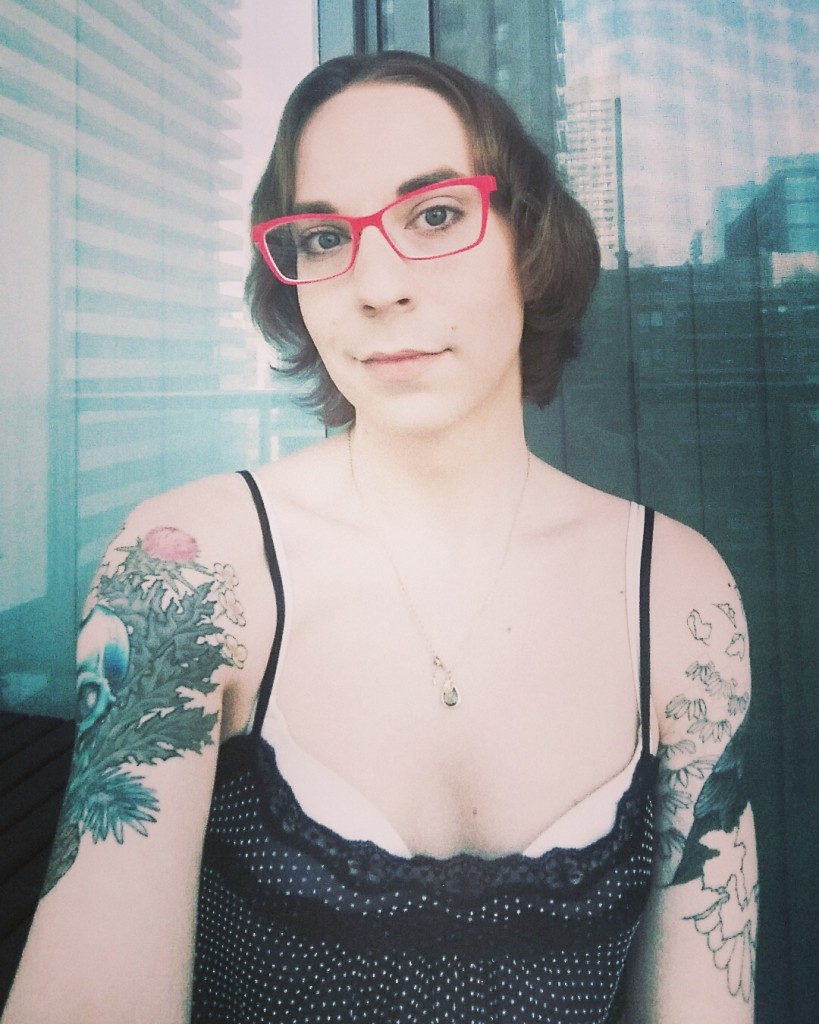 I don't want to present him as a foil for all masculine and white violence. He isn’t. In many ways, he was an ally to me in my transition and someone I was very close to.

I wasn't always perfect in our relationship either. As a survivor of intergenerational abuse, I did some shitty things as well and there were moments when I didn’t respect his identity as fully as I should have. The unfortunate reality is that he did, for better or worse, teach me more about male/female relationships than any other partner; despite how much he insisted on being simply an individual free of gender and history. I’m sorry, but we’re never free unless we do the work to be free. And we didn’t manage to do that together.

On the last night we hung out, he asked me if I thought him fucking me would validate me as a woman. I sat across from him, shocked and hurt. How could he ask me this question? He knew how strongly I see my femininity as an inherent and constant part of my soul. The more I’ve sat with this question since, the more discomfort it's given me. I think what he was really asking was “does my fucking you invalidate my masculinity because you are an inferior woman?”. What was under interrogation wasn’t my gender or desire, but his. In the same conversation, he told me that it was just me and him in the room. "The rest of the world which you always bring up doesn’t matter here," he said, placing his hands on my thighs. Except it does, my mind screamed back; it is in everything you ask me and how you relate to my body.

This sits at the heart of relationships between white cis men and Indigenous trans women. History is always present in love - the history of genocide in Canada and the history of transphobia against trans women. This is inescapable and often the work of unpacking this legacy falls on us as Indigenous trans women, as our partners reflect back the violence to us in unintentional ways. No matter how much we love them or they love us (and there was certainly love between us), we can’t be intimate with our partners without an explicit recognition of that fact. We face the same challenge in reconciliation as the nation state of Canada does with Indigenous nations. In order to reconcile, white cis men and Canada have to give up the benefits they get from our oppression. And they don’t want to. 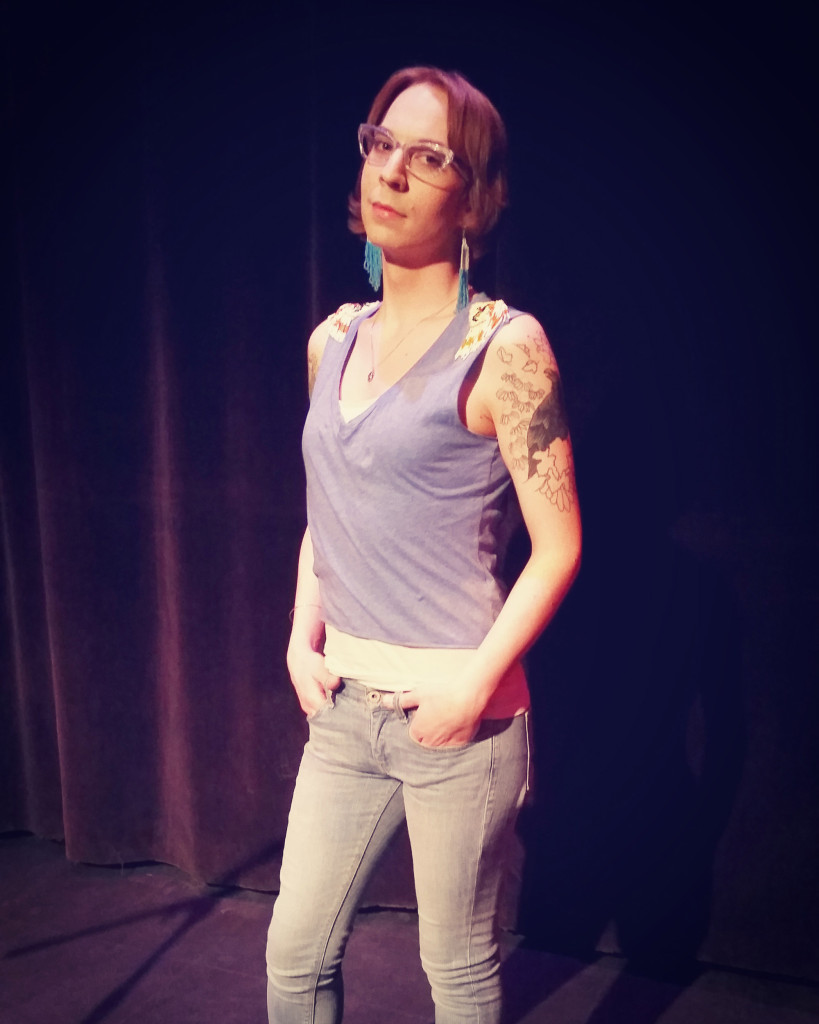 Why? Because fundamental expression of masculinity and whiteness in Western culture is the ability to take and harm without accountability. To fuck and be intimate without equal reciprocation. To be a white man, in charge, ego protected, ready to run at the moment fucking a girl stops being “easy”. Question that and you will sometimes pay with your life as an Indigenous trans woman. In my case, the punishment was just emotional harm, which I’m grateful for. (What’s more disturbing : that I’m sincerely grateful he didn’t physically harm me when he ended our relationship. Also, that I still describe him as a good guy despite the many incidents of transphobia/misogyny because he never hit me.)

Building a healthy and loving bond between a white cis man and an Indigenous trans femme requires the partner with the most power to surrender that power. White cis men often don’t surrender power in intimate relationships, partly because their masculinity is tied up in that power and it’s hard. They can inflict harm without repercussions and rarely take accountability. They don’t have to. The system allows them to cycle through female partners, valuing the sweet and non-confrontational partners while demonizing and shaming the powerful female partners who ask for better treatment.

So what’s an Indigenous trans femme to do? She doesn’t have to do anything. The work of building productive politics is shared, but the work required to come to an intimate relationship with an Indigenous trans femme is not her work to undertake. I often say to my partners to come to me with a solution, not a problem. To come to my body with an acceptance, not a question. To let me be present in the space between us as more than an inspiration or an education. To entirely embrace me as a woman and act accordingly. This is the first step to addressing history. In return, I will meet them halfway with my own work and reciprocation.

Maybe that’s the impossible dream. While Canada talks about reconciliation and understanding Indigenous nations, they are stealing our land, murdering our sisters, and underfunding our child welfare and health care systems. While my partners are talking about feminism and trans inclusive Queer identity, they are enacting violence on female partners with no accountability and denying my inherent womanhood. The duality of these forces can’t be denied. This has always been the central conflict in Canada, the mythology of political tolerance and good morals meeting the reality of genocide and violence. I’m not angry with my ex partners. In some way, I understand and love them still. There were some beautiful and healing moments.

So what’s it like to date as an Indigenous trans femme? It’s similar to dating any kind of woman, but with extra layers of transphobia and colonial thought.

After the first time we were physical intimate, my ex told me he was curious about what my breasts felt like and part of me died. That’s not something you say to a cis girl. Here I am, sharing the most vulnerable part of my body, and his response is to turn me into an exhibit, an experiment. I don’t think he meant to, in the same way that Canadians don’t always mean to be racist to Indigenous peoples; but the outcome is the same. Productive politics? Not until my partners learn to be vulnerable in their masculinity and surrender some of the power it gives them, because I certainly won’t be surrendering my power to resist, question, and lovingly assert my sovereignty over my body. I’m kind of a bitch like that. I inherited it from my gookum and after all, this is still my land we’re fucking on.

Gwen Benaway is a trans woman of Anishinaabe and Métis descent. Her first collection of poetry, Ceremonies for the Dead, was published in 2013. Her second collection of poetry, Passage, was released in 2016 from Kegedonce Press, and her third collection of poetry, What I Want is Not What I Hope For, is forthcoming from Bookthug in 2018. In 2015, she was the recipient of the inaugural Speaker’s Award for a Young Author and in 2016 she received a Dayne Ogilvie Honour of Distinction for Emerging Queer Authors from the Writer’s Trust of Canada.