A certain kind of magic sparks when creatives are brought together in the North...

A certain kind of magic sparks when creatives are brought together in the North...

All week long at Adäka, I was hemming and hawing over which piece of art I should purchase and take home with me. I wouldn't dare leave empty handed! I spent a lot of time perusing the gallery, and new pieces were being added each day. 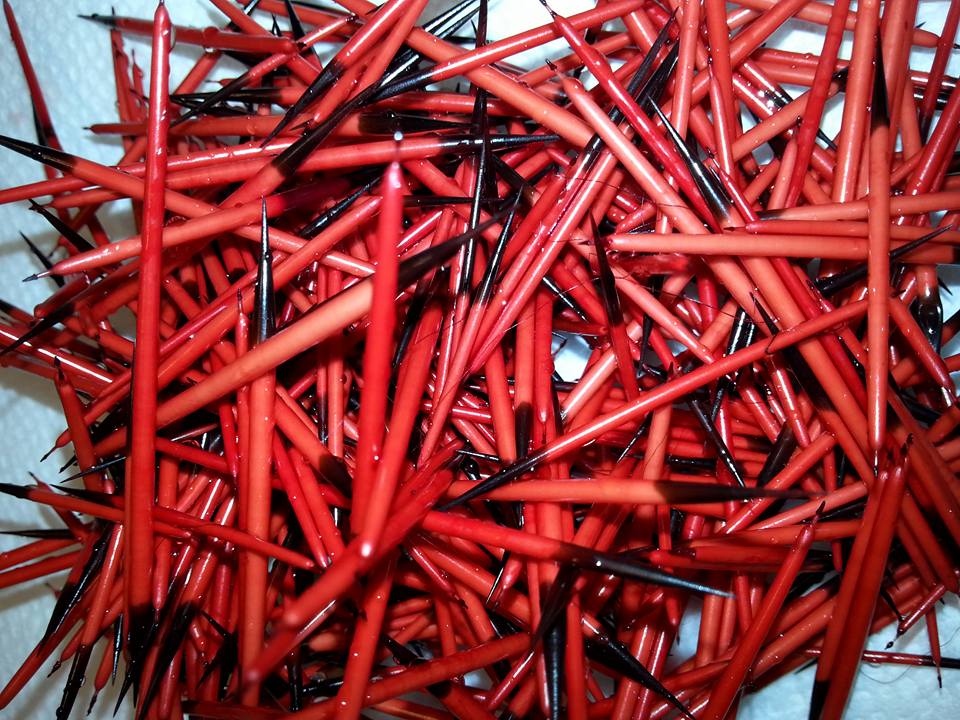 On the second to last day of the festival, this poncho arrived. I did a double take upon seeing it, and immediately knew, "I have to have this!". The Yukon designer who made it is the wonderful Brenda Lee Asp. The piece is titled 'Honouring My Mother's People'. It incorporates cashmere, wool, and clearly a lot of love. 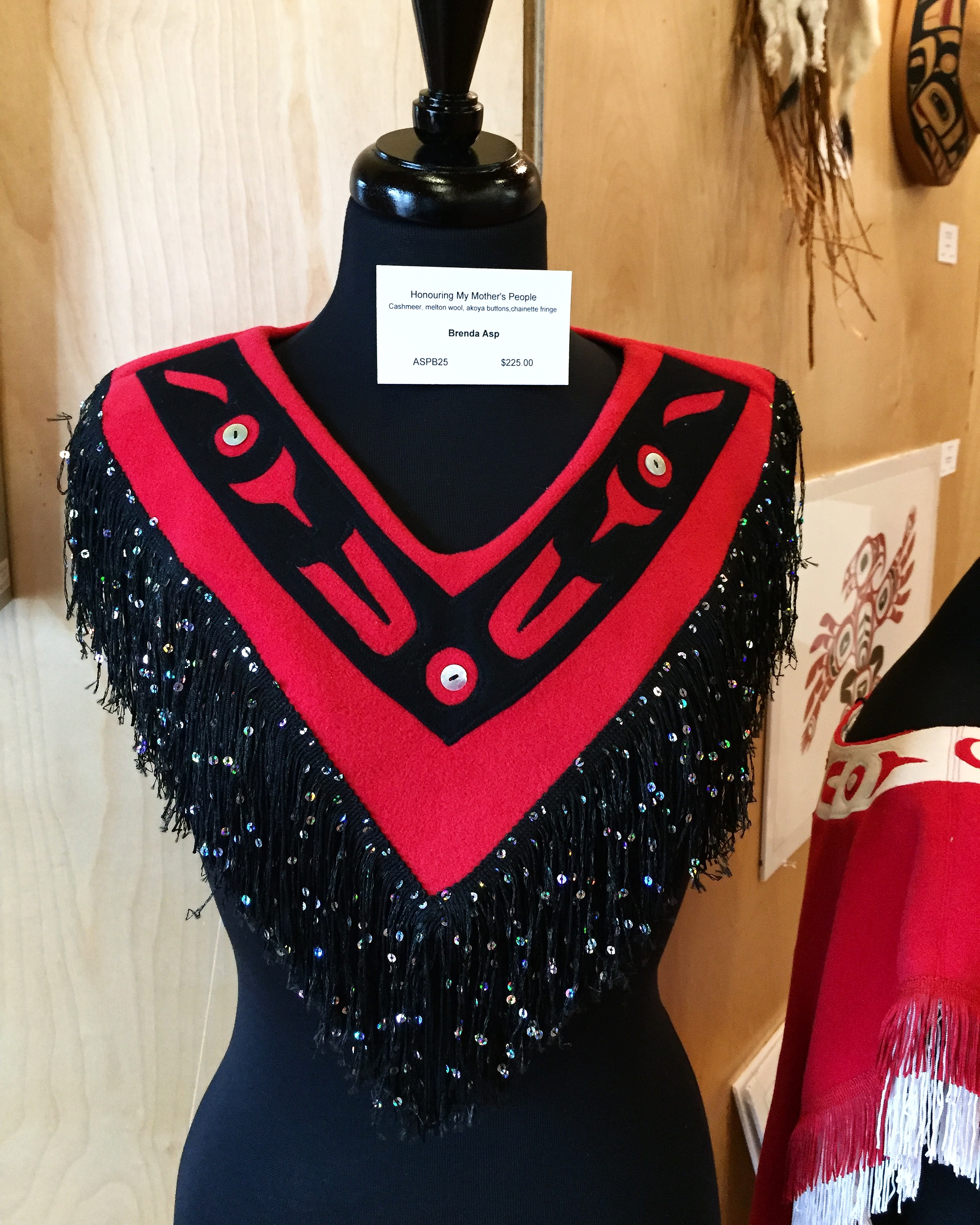 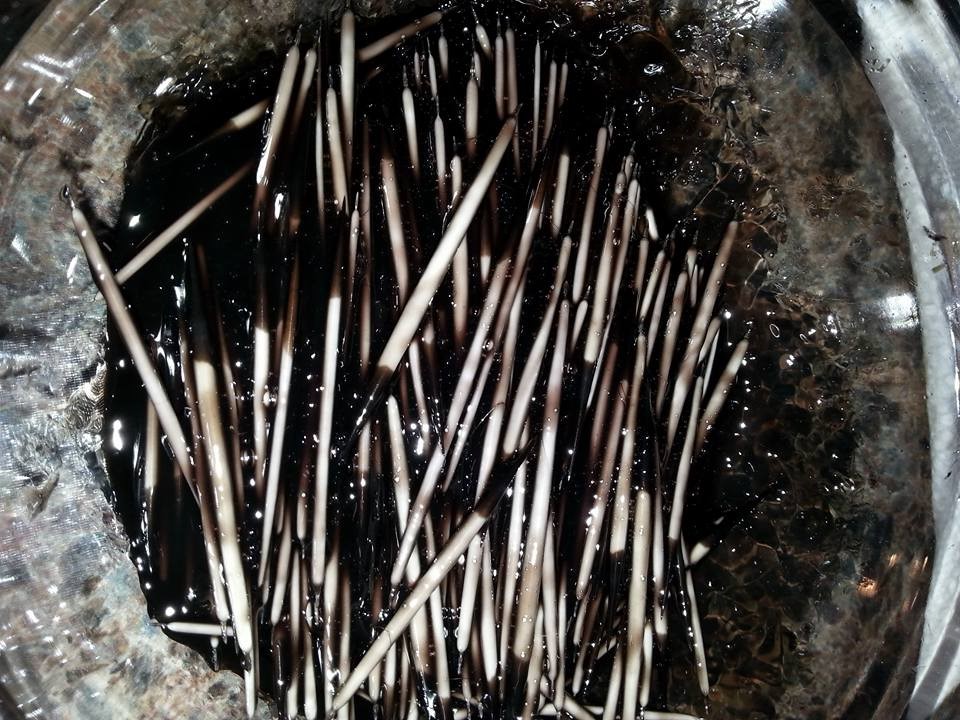 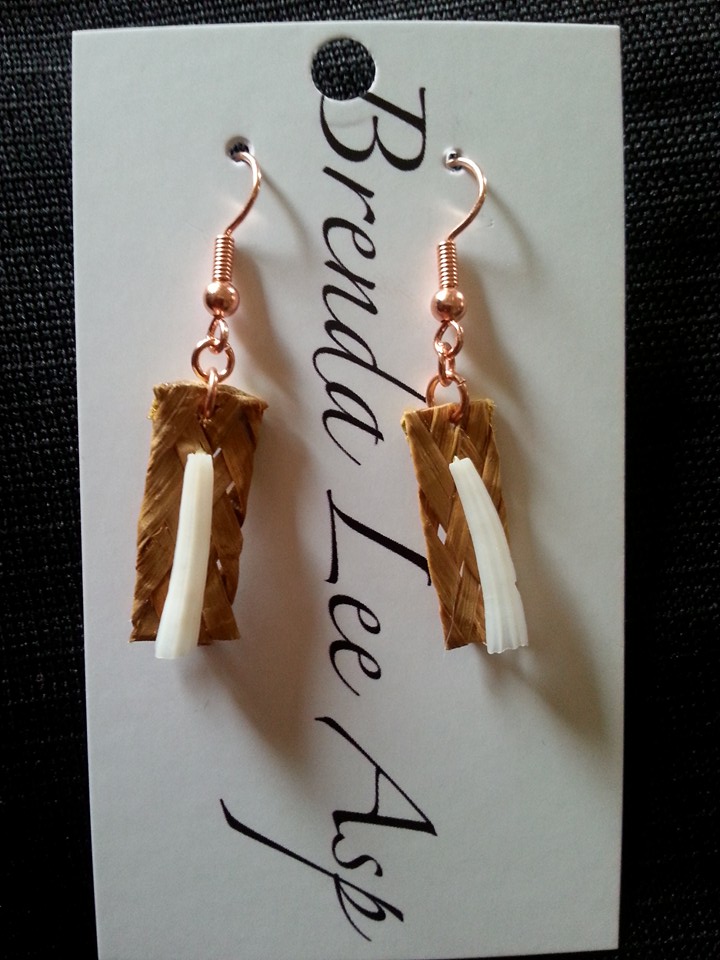 I was lucky enough to live with many of the artists and culture keepers at a beautiful residence just outside of Whitehorse's downtown. One of the gals I got especially close to was Elizabeth Kyikavichik from Old Crow. She is the bomb, and boy does she know her stuff! Elizabeth can basically do it all - from beadwork to cooking a feast.

"I am so, so passionate about my culture!" Elizabeth told me. "I would do anything necessary to carry it forward!" 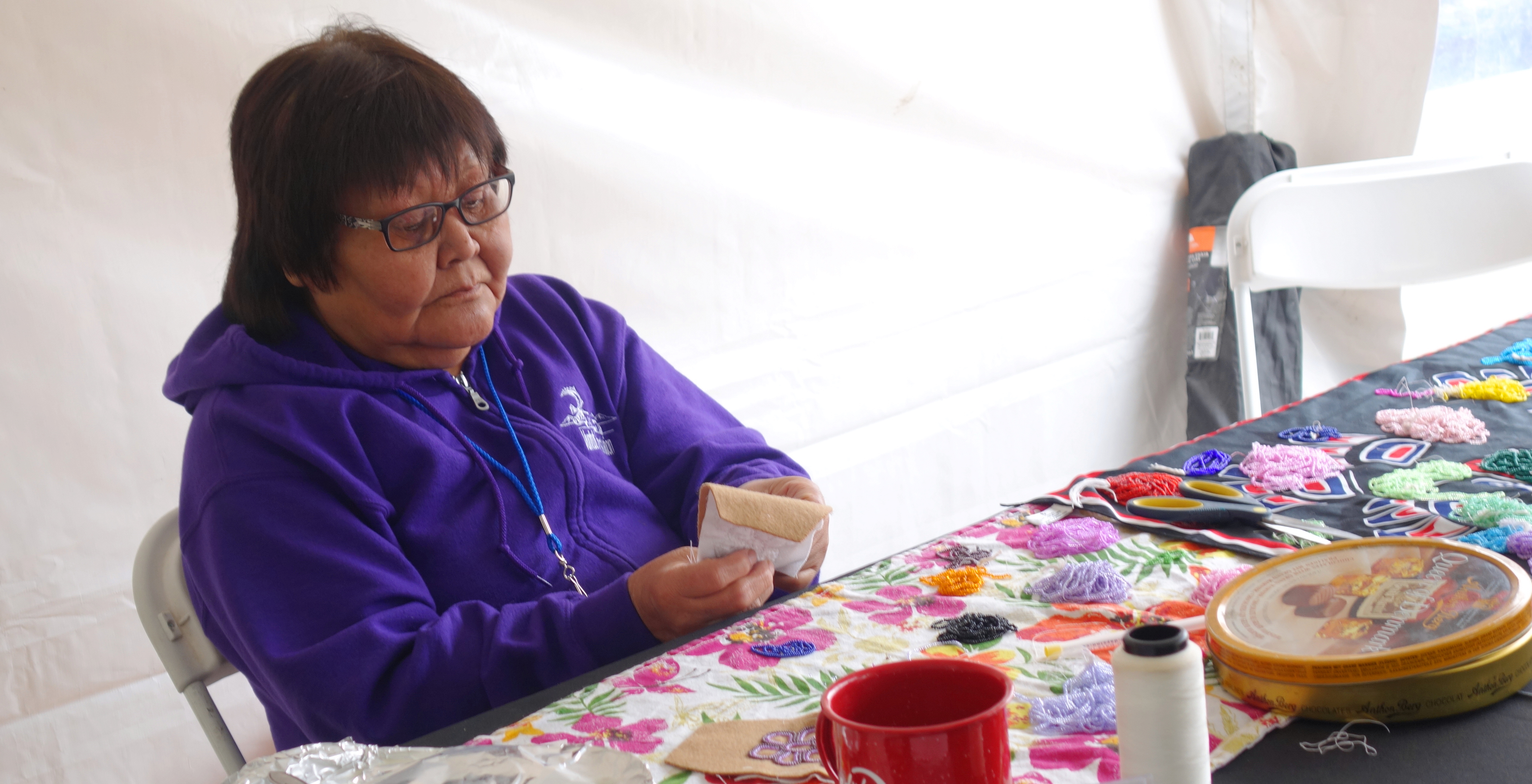 One afternoon, Elizabeth prepared porcupine caribou from antler to hoof. 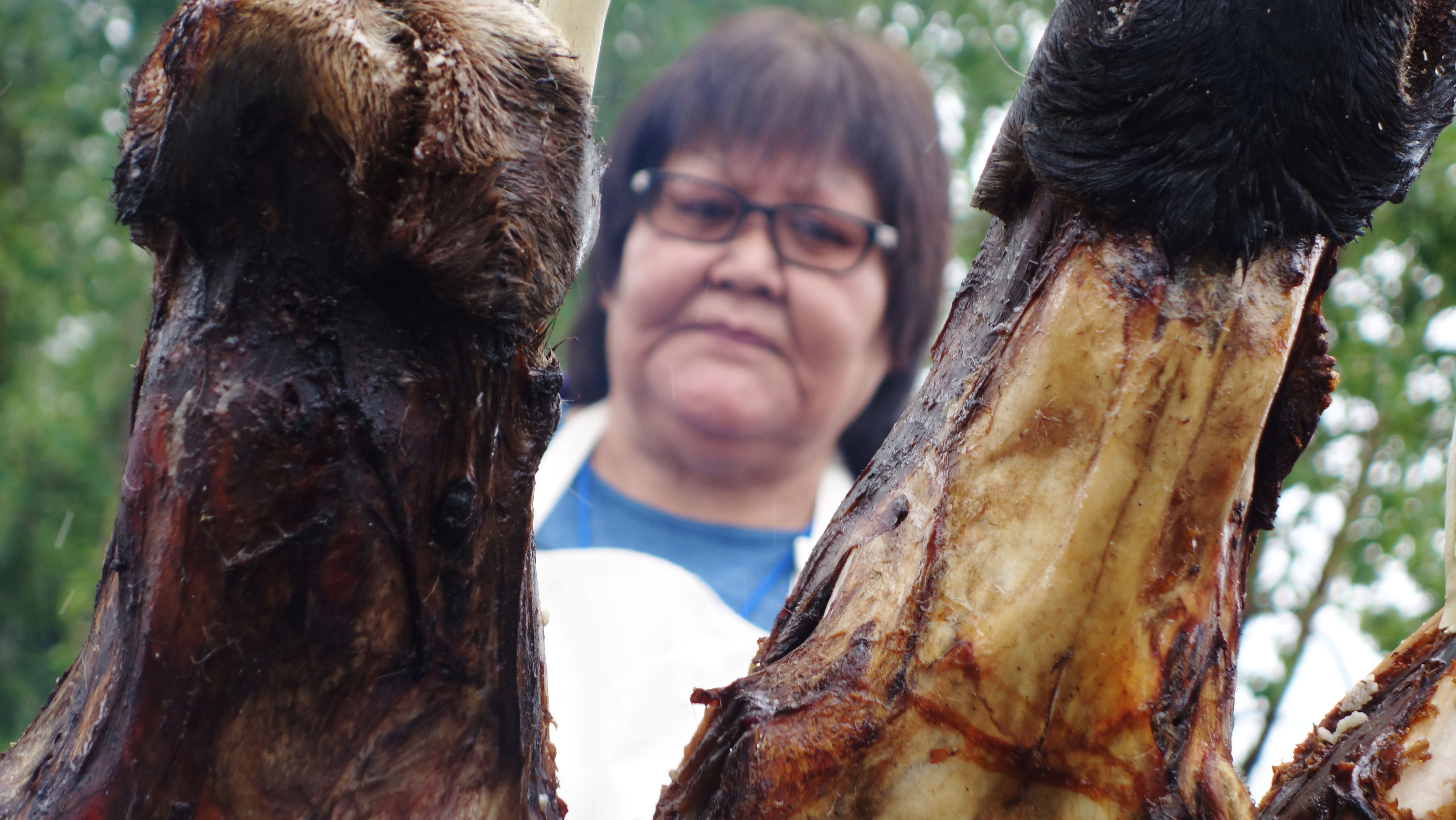 As they say, four heads are always better than one...

Listen to my interview with Elizabeth here. She's got a great voice for radio...

Before meeting Lily Hope (Tlingit), below, I'd never seen a Chillkat blanket up close. Lily is a master weaver, as was her mother - Clarissa Rizal (1956-2016). Lily has been weaving Ravenstail since 1995, and Chilkat weaving since 2010. Many of her recent projects blend the two styles.

Lily told me that one adult sized Chilkat robe took her nearly 1700 hours! It's now housed in the Portland Art Museum. 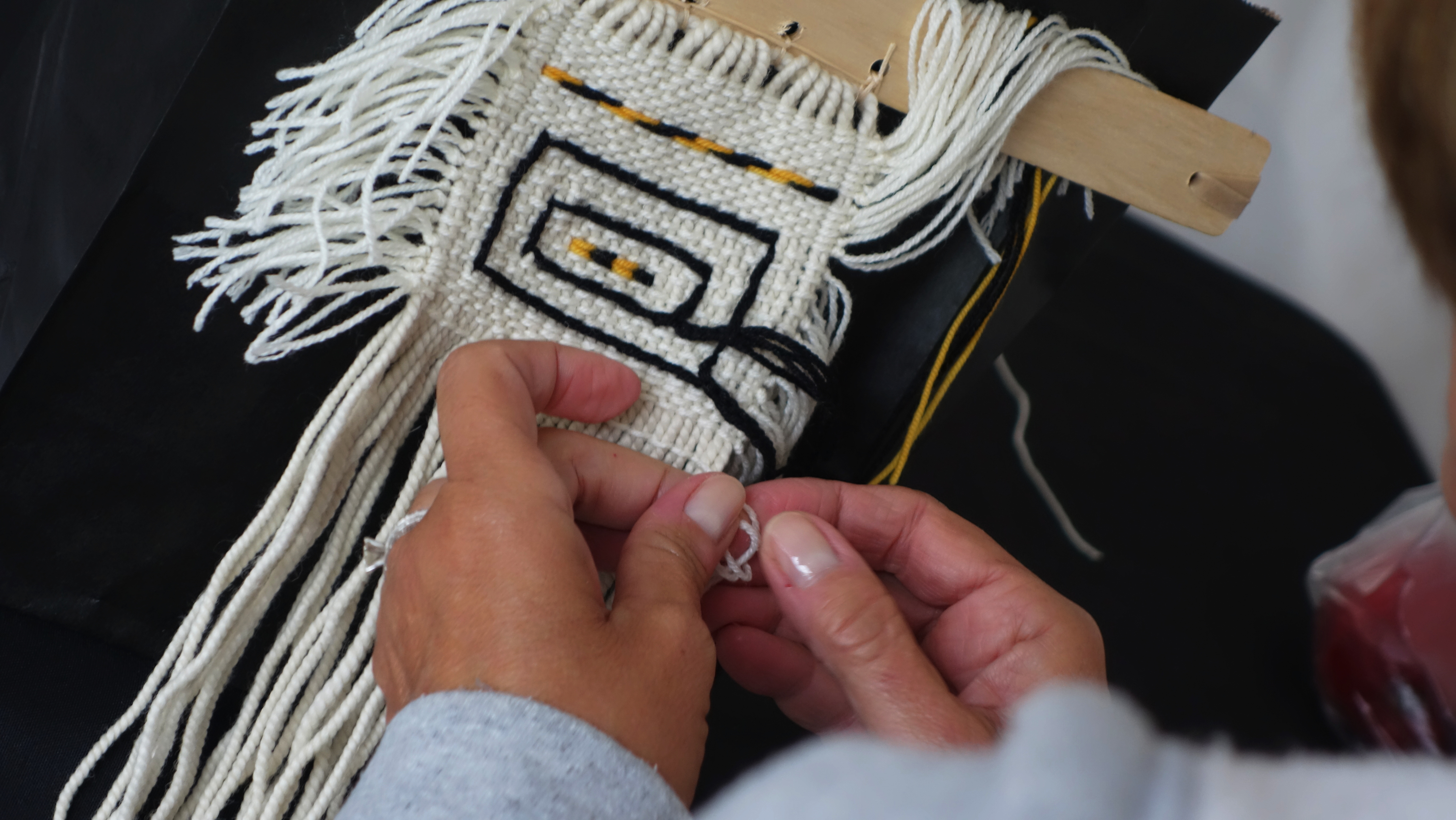 When asked about the piece below, Lily told me: "It was woven by Clarissa Rizal, my mother. And she left it just like that, unfinished. I've since woven the bird's beak, and started finishing the blue background weaving. It's the baby size robe for our "Chilkat Newbie" ensemble." I was really struck by Lily's commitment to carrying her mother's work and spirit forward. It certainly gave the feeling that her mom is still close by. 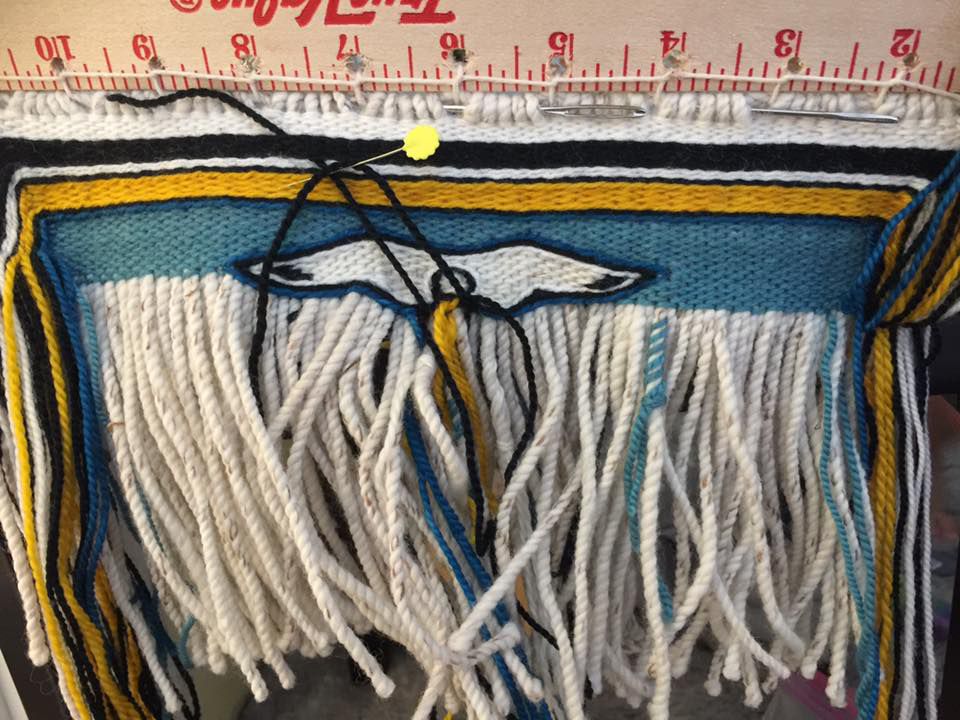