The lights go down, music fills the room, and the show begins. A model steps out onto the runway wearing an original piece by an Indigenous designer. But this isn’t just the Indigenous category in some runway show. This is THE show. Every designer featured is Indigenous, and every model walking the runway is unique.

Models of every shape, size, colour, and background worked their magic on the runways of Indigenous Fashion Week Toronto (IFWTO). “It was exhilarating,” says Ojibway/Cree model Rachelle White Wind. White Wind is a veteran model. She spent 13 years in the business and was the only Indigenous model to be signed with the Ford International Modelling Agency at the time, and the excitement has never faded. “I got goosebumps backstage. Just hearing the music and feeling the energy.” 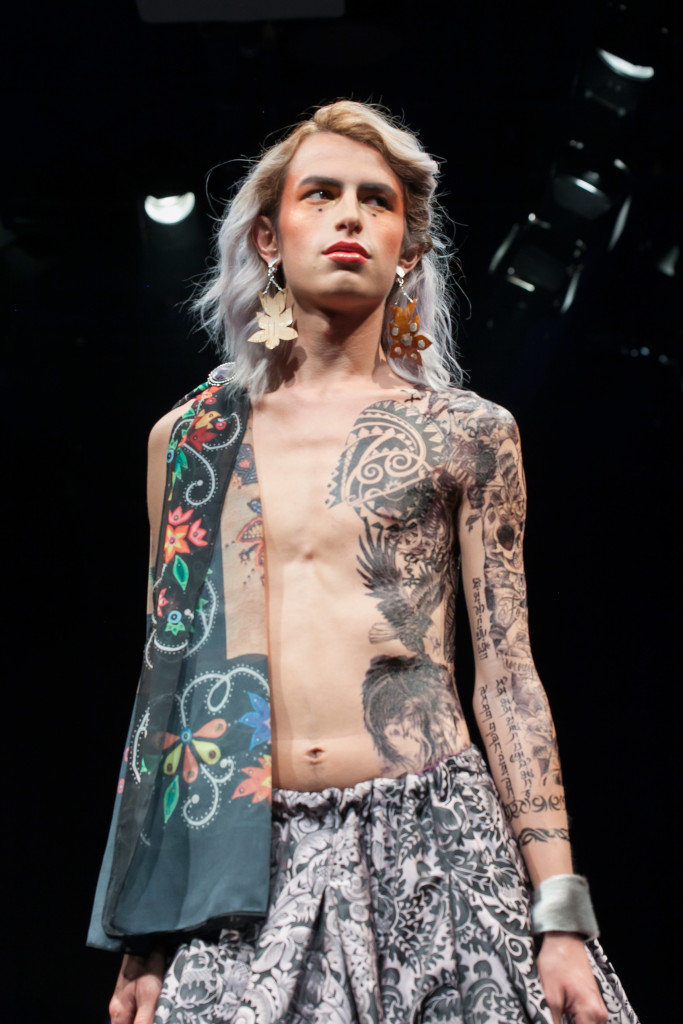 Since retiring from modelling ten years ago, White Wind has been working as an actor and running her own business, Brazilian Blowout Toronto. She came out of retirement for IFWTO. “I never say no to a great opportunity, and I wanted to be involved with the first IFWTO, no matter what. Whether I was a model, or doing hair or makeup.”

For Maika Harper, an Inuk actor best-known for her work on APTN’s Mohawk Girls, this was a first. “I just feel really good about myself, and I said I’m going to try it. I’m not a model, but I’m just going to have fun with it and see where it goes. And it was such a cool experience,” she says. “I was so self-conscious, but I just felt so empowered, and I hope it showed.”

Inclusivity was a recurring theme at IFWTO, and the runway was no exception. Gender saw no bounds under the lights of the Harbourfront Centre. “From what I’ve been told modelling is normally like, I would say this is pretty unique. It dodged a lot of the toxicity I’ve been told is in the modelling industry,” says Cleo Keahna, who is White Earth Ojibwe and Meskwaki. “The experience has been amazing and fulfilling, and really community driven.” Keahna, who identifies as gay and trans, sported both suits and skirts on the runway. 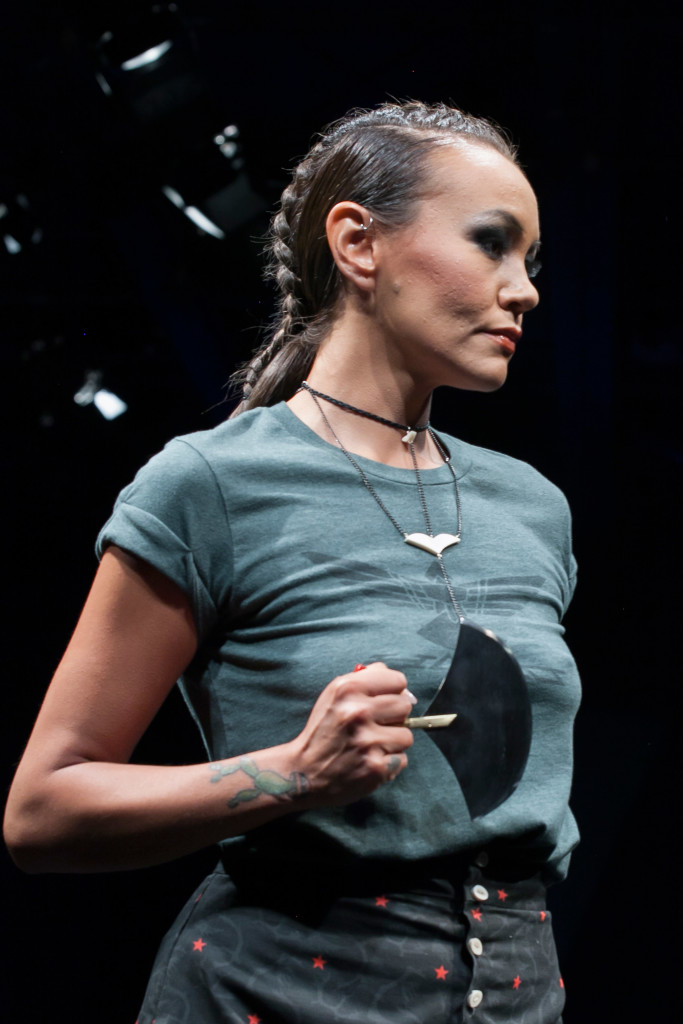 The same went for Anishinaabe artist Ziibiwan Rivers, who wore one of the most stunning looks at IFWTO; Delina White’s Two-Spirit skirt. “I think it’s a real testament to our inclusivity. We’re inclusive to different body types, and people from different backgrounds. This community is very open and we are down to have a space where we share knowledge and support each other,” says Rivers. “It’s quite incredible to do this in such a safe environment, where cultural identities are respected and we don’t have to worry about things like appropriation.”

They also didn’t have to worry about the scrutinizing, and often unhealthy standards held by the fashion industry at large. “When I started out, I was always told I was never skinny enough, or I was too exotic-looking, and I think that affected my confidence growing up. It’s still something I sometimes struggle with,” says White Wind. “I have to remind myself to love me as I am and appreciate all my accomplishments. And now I don’t like to say plus size, I Iike to say real size, because we’re real women. And I appreciate that they had all shapes, sizes, colours, males, two-spirited, it was refreshing to see the inclusion.”

White Wind persevered in spite of the barriers put up by the fashion industry, which have started to come down in the last few years. “Don’t ever let anyone tell you that you can’t do something, just go out and do it,” she says.

Rivers summed up the whole event quite perfectly. “I guess the biggest reason why I think this event is so important is because there is so much appropriation that happens around us. There’s a lot of mysticism around Indigenous people across the world, so I think having something where we control the narrative is very crucial, and it’s overdue.”